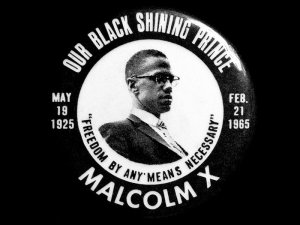 Brother Cornell West has come under attack again recently, this time in a veritable full-court press, most notably by Michael Eric Dyson, writing at the New Republic.  In his 10,000 word screed ‘The Ghost of Cornel West’, Dyson unloads a concern-trolling hatchet job, pre-eulogy of West.  Even the subtitle of the piece demonstrates his faux concern: ‘President Obama betrayed him. He’s stopped publishing new work; He’s alienated his closest friends and allies. What happened to America’s most exciting black scholar?’  Pfffft.  In the end, all the hits claim his disaffection for Obama is based on sour grapes that began with West’s not getting a ticket to the Epic Inauguration of the First Black President, then leading to his characterizing mainstream Obama supporters in some yes, fairly unflattering terms.   Well, tough; the truth hurts.

With able assists by sportswriter for the Nation Dave Zirin (while in needless defense of MSNBC’s Melissa Harris-Perry as well), Salon’s Joan Walsh (earlier here, as well: ‘Meltdown!), and others, including Ta-Nehisi Coates on Twitter…, well, let’s just say the fix is in: Brother Cornell had to be neutralized/assassinated, and mocked to the high heavens, hoping the establishment Dems could effectively put him in a straight-jacket as they’d done to truth-telling war correspondent Sy Hersh a few years ago.  When one is forced to quote the idiotic Jonathan Capehart for opinion, one has lost the battle already, and should just sit down and STFU, in my opinion.

Different opinions among the radical left iconoclasts have been offered as to the ‘why’ of it, from Dyson wanting to get a gig in Hillary’s White House, to trashing any residual moral criticism of Obama’s (and perhaps the next possible (ahem) Dem Prez’s new unitary executive Wars and further austerity, corporate privatization schemes, etc., to West’s being one of the key celebrity blacks who’s closely aligned himself with the #BlackLivesMatter movement (my take, fwiw).  Clearly, at Centrist Democrat sites, Al Sharpton is still the man, and why not?  His name is on the WH visitor list a lot, he’s everywhere, whether invited or specifically ‘disinvited’ or not.

But holy crow, Brother West is still on fire, and speaks truth to power in the tradition of the Black Prophetic Tradition, as did Martin Luther King, Jr., the Reverend Jeremiah Wright (Goddaaaam Amerika!), Archbishop Desmond Tutu, and others.

By the way, Cornel West did respond to Dyson’s ‘character assassination’ by New Republic: “Deep integrity must trump cheap popularity” on April 24; how ironic that Salon.com lent him their lofty venue by clipping his response from his Facebook page.  This is the Brother’s Twitter page; you can see him interviewed on Letterman (during this fray, I’d add), the BBC, his favorite music and issues he cares about deeply: loving kindness, radical MLK, the Black Freedom movement, and er…this administration’s evil deeds.

Wall Street criminals, Drone Droppers, Torturers and Police who kill our precious children go free – and we weep and fight back!

Zo; pardon the lengthy digression, but I wanted to set the table to show just how surprised and pleased I was to discover by way of Mr. wendydavis  this week that the February, 2015 edition of Smithsonian magazine contains the following excerpt from Brother West’s book, Black Prophetic Fire.  Good on the magazine, good on the good Brother!

Malcolm X was music in motion. He was jazz in motion, and, of course, jazz is improvisation, swing and the blues. Malcolm had all three of those things. He could be lyrical and funny and, in the next moment, he’d shift and be serious and push you against the wall. The way he spoke had a swing to it, had a rhythm to it. It was a call and response with the audience that you get with jazz musicians. And he was the blues. Blues is associated with catastrophe. From the very beginning, from slavery to Jim Crow, that sense of catastrophe, of urgency, of needing to get it out, to cry out, to shout, somehow allowed that fire inside of his bones to be pressed with power and with vision. He never lost that.

The button bearing an image of Malcolm X—created after his death as an act of commemoration—is in the Smithsonian National Museum of American History, a talisman of his loss.

It’s a fascinating development that could have taken place, and both perspectives could have begun to overlap.  In fact, Malcolm was a Muslim but he invoked Hebrew prophets, Isaiah, Amos. He invoked Jesus, emphasizing that perspective of looking at the world from below, echoing the 25th chapter of Matthew: What you do for the least of these—the prisoner, the poor, the stranger, the widow, the fatherless, the motherless, the weak, the vulnerable—has lasting value. ​

You can’t talk about one without the other—Malcolm X without Martin Luther King. For me, Malcolm had a revolutionary fire that Martin didn’t have initially; Martin had a moral fire from the very beginning that Malcolm didn’t get until later. Malcolm’s love for black people was so strong and so intense that early on it led him to call white folk devils and give up on them, and I think he was wrong about that. Martin never did that. But Martin didn’t have the revolutionary fire that Malcolm had until the very end of his life.

Malcolm would say over and over again, “What do you think you would do after 400 years of slavery and Jim Crow and lynching? Do you think you would respond nonviolently? What’s your history like? Let’s look at how you have responded when you were oppressed. George Washington—revolutionary guerrilla fighter!” So Malcolm was saying explicitly, “Be honest, y’all!”

Malcolm X is the great example of parrhesia in the black prophetic tradition. The term goes back to line 24A of Plato’s Apology, where Socrates says, the cause of my unpopularity was my parrhesia, my fearless speech, my frank speech, my plain speech, my unintimidated speech. The hip hop generation talks about “keeping it real.” Malcolm was as real as it gets. James Brown talked about “make it funky.” Malcolm was always, “Bring in the funk, bring in the truth, bring in the reality.”

Now Martin would come back and say, “You’re scaring them, brother. Oh, you got them upset. They get so scared, they’re going to be harder on us than ever.” And Malcolm would say, “I’m not talking about strategy. I’m talking about the truth at this point.” So you can imagine the juxtaposition.

If there were an imaginary meeting between Malcolm and Martin, it would go as follows: Malcolm would say: “Brother Martin, Marcus Garvey and others have told us that the vast majority of black people will never be treated with dignity. They will always live lives of ruin and disaster tied to the prison system, in the ’hoods and the projects. There might be spaces for the middle classes, but there will never be for the masses.” And Martin would say: “No, I can’t believe that. We’ve got to redeem the soul of America.” Malcolm would say: “There is no soul, Martin.” Martin would reply: “That can’t be true, Malcolm.” And Malcolm would come back and say, “The chance of your integration full-scale is a snowball in hell. It’s a truncated integration, an assimilation. Some may go all the way to the White House, but even then there’s still going to be crack houses, the prison-industrial complex, unemployment getting worse and worse.”

And then Martin and Malcolm would look at each other, tears flowing down their faces, and they’d say, “Let’s sing a song.” They’d sing a little George Clinton, maybe a little Stevie Wonder. Some Aretha Franklin, some Billie Holiday, some Curtis Mayfield. They’d say, “We’re just going to keep on pushing.” It’s a matter of what has integrity, of what is true, what is right, and what is worthy of those who struggled and died for us. That’s what brings Martin and Malcolm together.

And how they are remembered is important. The issue of memory in a commodified society is always difficult. Malcolm has become commodified. In a country obsessed with patriotism, they designate a stamp for him. That’s the last thing he wanted. “I want a free people. I don’t want a stamp.”

When Malcolm looked at black life in America, he saw wasted potential; he saw unrealized aims. This kind of prophetic witness can never be crushed. There was no one like him in terms of having the courage to risk life and limb to speak such painful truths about America. It is impossible to think about the black prophetic tradition without Malcolm X, regardless of what the mainstream thought then, thinks now or will think in the future.

It is a beautiful thing to be on fire for justice.

In a similar vein, Glen Ford takes no prisoners when debating.  Here he is with Michael Eric Dyson on Democracy Now! at the Democratic Convention.  Oh, I wish there had been time for Ford to answer Dyson’s contorted, panicked blather at the end of the second part.  Remember: Dyson is often called ‘a stellar scholar’ or some such; perhaps it’s just his mouth that needs an editor.  Though he doesn’t have a particularly expressive face, the looks Ford gives Dyson are priceless micro-expressions; I’ve written any number of them.

To honor the good Brother’s musical tastes, and as one is Curtis Mayfield:

Like Loading...
This entry was posted in democrats as stautus quo gatekeepers, empire and war crimes and tagged Brother Cornell West Published in the Smithsonian Magazine. Bookmark the permalink.