Open Menu; feel free to contribute… just about anything 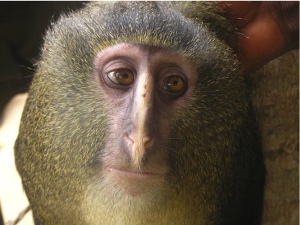 the last Open Menu is here; it was getting rather long.  the monkey was found in Congo in 2012; it’s called ‘lesula’. by locals.  what a face; my stars.

How the China’s New Silk Road is Shifting Geopolitics, by Yves Smith

“Yves here. I thought this would be a useful companion post to our update today on the TPP, since the TPP is one of the US’s answer to China’s efforts to stand at the center of a new geopolitical web of alliances. Notice in particular how some of China’s new ties are fragile and how the US is dialing down its efforts to foment a new cold war with Russia.”

US won’t accept idea of global ‘spheres of influence’ – Biden

“The US rejects the idea of any nation claiming a sphere of influence, Vice President Joe Biden told a Washington think tank, arguing that the crisis in Ukraine was about the principles and values of the West and international order.

“We will not recognize any nation having a sphere of influence,” the vice president said during a speech at the Brookings Institution on Wednesday. It remained unclear whether the remark applied to US influence around the globe, or referred only to Russia, China and other countries.

No; NATO hasn’t seemed to have gotten John Kerry’s memo on Ukraine.

51 responses to “Open Menu; feel free to contribute… just about anything”