SOTU Preview….SoYou Don’t Have To 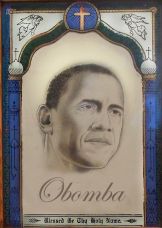 (…don’t have to actually watch the sucky thing, of course.)  The title?: imagine an owl hoo-hooting it…

President Obama will deliver his final State of the Union address on January 12, 2016 at 9PM ET.  Watch as he reflects on the road we’ve traveled in the last seven years.

Together, We Make Change Happen

When President Obama took office seven years ago, we were involved in two wars, losing over 800,000 jobs a month, and weathering the worst economic crisis since the Great Depression. But, with his leadership and the determination of the American people, we have made extraordinary progress on the path to a stronger country and a brighter future.

We’ve proven that, together, we can overcome great challenges.
In his last State of the Union, President Obama will lay out the ways that we, as the American people, can once again come together in pursuit of a country worthy of generations to come.

Building a New Foundation for Prosperity

Seven years ago, President Obama took office amidst worst economic crisis since the Great Depression. But since that time, thanks to the hard work of the American people, we have emerged from that crisis stronger. From rescuing the auto industry to creating unprecedented job growth, the President continues to work on building an economic foundation that works for the middle class and those fighting to join it.

Our businesses have added 14.1 million jobs over the past 700 months.  Amerika’s resurgence is real.

(The 3 Economic Stories of 2015 by Michael Hudson  (video interview here; under 6 mins.  HUDSON: Well, the leading story is that the economy has not recovered. That the 1 percent have recovered, but the 99 percent have not recovered. And there is no sign of recovery, or even any sign that the presidential candidates running in next year’s election are trying to do anything.)

Climate change: What We’ve Accomplished Together

In the last seven years, we have done more to protect our country’s iconic natural resources, combat climate change, and invest in a clean energy future than ever before — all while creating millions of new jobs.

I went to Paris and all I got was this miserable climate deal. My @FreeABQ piece on #COP21Paris. More 2 come… https://t.co/fefB0jzkcJ 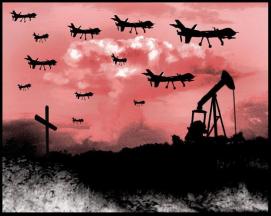 From ending two wars to forging the deal to prevent Iran from developing a nuclear weapon, from re-establishing diplomatic relations with Cuba to striking a landmark trade agreement that levels the playing field for American workers and businesses, the President has worked to redefine American leadership for the 21st century. In his last year in office, we can show the world what is possible when America truly leads.

(The US Is Now Involved In 134 Wars; Or none, depending on your definition of ‘war’, By Timothy McGrath, September 22, 2014)  (TPP; (Fascism: a merger of state and corporate power)

Leading the Fight to Ensure All Americans Are Treated Equally

From securing basic rights and protections for LGBT Americans, to making our immigration system fairer and safer, to helping protect our homes and neighborhoods from gun violence, President Obama has worked to make sure that everyone has a shot at the American Dream. In his final year, the President is committed to protecting our country’s promise for all — no matter who you are, where you come from, or whom you love.

(Wealth Gap For Blacks, Latinos At Highest Levels In Over Decade)

Obama’s legacy as a Trojan Horse for Wall Street, the Military/Industrial/NewsOTainment Complex will certainly live on.  It’s hard not to mention here how racist both he and former SoS Clinton are, bombing black and brown people around the globe in their continuing War on Terra, creating more and more ‘enemies of the state’, some…even within, as O and DHS see it.  He will be already looking toward his coming days in the revolving door complex, piling up piles of wealth and ‘redistributing’ some of it as do the Clintons, Gates, and friends…while reaping more profits along the way through faux charitable ‘giving’. 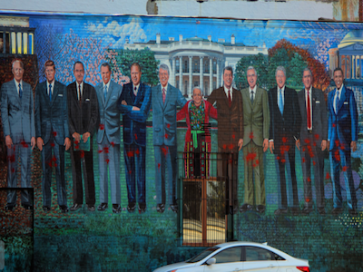 Will the increasing numbers of us at ‘the edge of America’ take back our lives?

This entry was posted in Uncategorized and tagged SOTU Preview....SoYou Don’t Have To. Bookmark the permalink.

59 responses to “SOTU Preview….SoYou Don’t Have To”