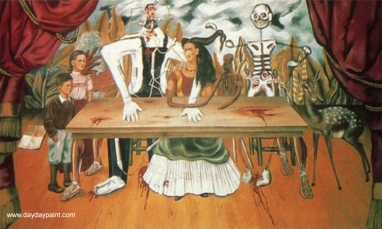 During the epic kerfuffle over Mark Ames (Pando Press) having reported on Pierre Omidyar’s financial support of the US-backed putsch in Kyiv back in 2014, and referenced in JP Sottile’s ‘Things are getting weird at First Look Media’, I was astonished that a large part of the commentariat at (then) Firedoglake was so gullible as to the actual nature of so many of the NGOs such as Centre UA, USAID, and NED (National Endowment for Democracy).  In spaces between writing other diaries, I collected information on the latter two, but never spun my findings into a post.

About a year ago I discovered the home website of Cory Morningstar, and author whose work I had long admired, given my aversion to some of the left’s celebrity stars in the field of climate change and the dangers of pipelines, fracking, tarsands oil, and related issues.

And of course one of those related issues was the entire propaganda of ‘green capitalism’, which was hammered home to me while covering some climate change get-togethers like Rio +20 Sustainability Summit, and more importantly, the side meetings in Rio attended by many Indigenous tribes from South America in support of the Cochacamba Peoples’ Agreement on Climate Change.

But I digress.  Morningstar and a few others write investigative pieces at wrongkindofgreen.org, and have delved into the funding for loads of NGOs, and I’ve found their work useful for making informed judgments on which are gatekeepers for the status quo, which may be hindering potentially more radical movements, and which are scary-biscuits useful in creating conditions to subvert governments that vex the US Imperium or the intent to foment outright war. One of their Twitter accounts is subtitled ‘Compromised NGOs, in fact.

Now this will need to be in two parts, and some of the information might cause readers discomfort…or worse, but I’d urge you to at least consider all of it as dispassionately as you can.

First, given that Obama is considering sending ground troops to Libya ‘to prevent ISIS from taking hold there’ (as if they haven’t already) as Congress has apparently already authorized, I give you Edward J. Herman on TRRN in July, 2012 discussing ‘Humanitarian Imperialism’

Next, Phillip Agee speaks on the CIA and the National Endowment for Democracy (NED), a 1995 interview accompanied by excerpts of William Blum’s Rogue State at wrongkindofgreen.org.  A video of Gloria Steinem speaking of her years in the CIA is there, as well. (smile)

Many of you will be familiar with Agee, but for more background you can watch and read the transcript of his interview on Democracy Now!, and a bit of the story of “former CIA agent Philip Agee’s blowing the whistle on CIA dirty tricks in his book Inside the Company: CIA Diary George H.W. Bush, who was vice-president when the law was passed, said some of the criticism of the Agency ruined secret U.S. clandestine operations in foreign countries.”  A teaser:

PHILLIP AGEE: “To begin with I was a typical young man of the 1950’s. I was always taught to accept the government as honest and as virtuous. I went into the C.I.A. because I wanted to serve my country.

Now this depressed me extraordinarily back in the day, even as I’d excoriated Big Union bosses, especially Trumka:  Kim Scipes at Counterpunch:

“NED funding, for example, was used in all of the “color revolutions” in Eastern Europe and, I expect, currently in the Ukraine as well as elsewhere.

“In other words, according to Professor William Robinson in his 1996 book, Promoting Polyarchy, NED is a product of US Government foreign policy shift from “earlier strategies to contain social and political mobilization through a focus on control of the state and governmental apparatus” to a process of “democracy promotion,” whereby “the United States and local elites thoroughly penetrate civil society, and from therein, assure control over popular mobilization and mass movements.”

Democracy for Elite Capitalists, not Socialists.

Earlier in the piece she’s written:

“…its Board of Directors is drawn from among the elites in the US Government’s foreign policy making realm.  Past Board members have included Henry Kissinger, Madeleine Albright, Zbigniew Brzezinski, Frank Carlucci, General Wesley K. Clark, and Paul Wolfowitz.  Today’s board can be found at http://www.ned.org/about/board; most notable is Elliot Abrams of Reagan Administration fame.”

We can also add Secretary George Shultz as well; he and Albright were given coveted NED medals in 2012; Nancy Reagan chaired the event.

More on Democracy Promotion™ in Venezuela: ‘The Dirty Hand of the National Endowment for Democracy in Venezuela’ by Eva Golinger, April 25, 2014 (and USAID’s OTI)

‘Cuban Twitter’ and Other Times USAID Pretended To Be an Intelligence Agency’, FP Magazine, 2014

Mark Ames at Pando added more to the history of USAID in his “Murderous History” of the double-sided organization with almost too many horrid examples to bear.

Veering now to US and World-approved rock stars of the fauxlantropy kind, via wrongkindofgreen.org 2015, Under Hillary Clinton, the State Department approved $165 billion worth of commercial arms sales to 20 nations whose governments had given millions to the Clinton Foundation.’

I suppose it’ of some interest to read which nations got how many billions of arms and weapons systems in trade for how many millions in bribes to the Clinton Foundation and vast fees for The Big Dawg to speak (arf!):

“…Algeria, Saudi Arabia, Kuwait, the United Arab Emirates, Oman and Qatar all donated to the Clinton Foundation and also gained State Department clearance to buy caches of American-made weapons even as the department singled them out for a range of alleged ills, from corruption to restrictions on civil liberties to violent crackdowns against political opponents.”  Yes, quite a needle the Hillary Hawk threaded.  Other nations who bribed the Clintons are farther on.  Ooopsie; sorry.  Clinton was adamant that there was no quid pro quo involved, so you can take it to the bank!  (Or she can take it to the White House.)

Enter the Bill and Melinda Gates Foundation and their comrades in ‘The Nonprofit Industrial Complex’s Role in Imposing Neoliberalism on Public Education’ by Robert D. Skeels, Regeneración, The Association of Raza Educators Journal

“Those ruling society have long utilized non-profits and similar outfits as a means to further their interests, ameliorate their public image, and disseminate their ideologies. Whether we call them Non-Governmental Organizations (NGOs), or Non-Profit Industrial Complex (NPIC), the era of neoliberalism has seen the role of these private organizations further entrench itself in spaces that used to be that of the public commons. Perhaps the most egregious example of this is in the realm of education policy, where the activities of huge foundations, coupled with the actions of NPIC funded by those foundations, have insidiously begun to displace, replace, and even set the stage for the possible elimination of public education altogether.

Education historian Diane Ravitch opens the chapter entitled “The Billionaire Boys’ Club” in her seminal book (Ravitch 195) with a discussion of the Ford Foundation’s intervention in the so-called “community control” movement as early as 1967.  Considered one of the more socially liberal foundations, Ford’s ostensibly good intentioned social engineering ended up exacerbating the problems that undergirded the struggles at the time. Whatever one makes of Ford’s intentions, the fact that they have a long history of being instrumental to the Central Intelligence Agency (CIA) in terms of surveilling social movements is revealing (Incite! Women of Color Against Violence 88).”

The author names a few arch-reactionary foundations, then cites:  “…the most influential foundations in terms of advancing school privatization are those that author Joanne Barkan came to call the Broad/Gates/Walton Triumvirate.”  He focuses on the Los Angeles school district as emblematic of the neo-liberalization of education the odious huckster Eli Broad, and cites several resistance victories in re-instating ethnic studies in colleges and high schools, and explains why they are so important. 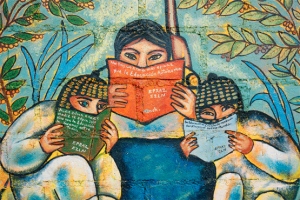 And once more for those who haven’t seen it:  ‘Spearheading the Neo-liberal Plunder of African Agriculture’ by Colin Todhunter; some snippets:

“The Bill and Melinda Gates Foundation (BMGF) is dangerously and unaccountably distorting the direction of international development, according to a new report by the campaign group Global Justice Now. With assets of $43.5 billion, the BMGF is the largest charitable foundation in the world. It actually distributes more aid for global health than any government. As a result, it has a major influence on issues of global health and agriculture. [snip]

According to the report, the foundation’s strategy is intended to deepen the role of multinational companies in global health and agriculture especially, even though these corporations are responsible for much of the poverty and injustice that already plagues the global south.”

The report concludes that the foundation’s programmes have a specific ideological strategy that promotes neo-liberal economic policies, corporate globalisation, the technology this brings (such as GMOs) and an outdated view of the centrality of aid in ‘helping’ the poor.” Then some bullet points about Microsoft’s tax-avoidance offshore subsidiaries, pushing private health ‘care’ and education, bio-wrecking Africa with industrial agriculture, toxic chemicals and GMOs that undermine sustainable agriculture and sovereign food security, and more.”

Bonus: ‘A Timeline of CIA Atrocities’, by Steve Kangas, beginning in 1929