‘A Voice in the Wilderness’: Humanely Limiting Food Production 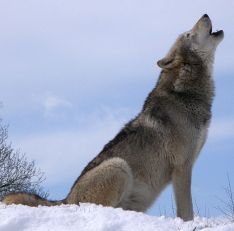 Steve Salmony is The Voice howling in the wilderness…

Bless his pointed little head, Mr. Salmony narrates some of the most recent signs of climate change, even noting that melting polar ice caps rising ocean levels, are partially due to fracking and released methane gas.  He then posits that there may truly be a coordinated ‘wave of human consciousness’ on its way that will lead toward major global efforts toward ‘sustainable lifestyles and right-sized corporate enterprises on the planet’ (whatever that might mean).

Obviously, deleterious global warning is caused predominantly by human over-population of the earth.  If we continue to abjectly ignore this fact, how can we ever hope to stabilize climate change and environmental health, rather than ‘jousting at windmills’ he asks.  He answers himself:

“Because the root cause of human-driven ecological threats appears to be the overproduction, overconsumption and overpopulation activities of the human species, we can see how these all too human activities are altering the organic architecture of the natural world and placing in clear and present danger the Earth as a fit place for human habitation. Even as total fertility rates (TFRs) decline in many countries around the world, the world’s total human population continues to increase, though at a slowly decreasing rate. Human efforts to feed a growing population is unexpectedly causing absolute global human population numbers to grow continuously and rapidly.”

(Yes, he seems to contradict himself, but moving on…)

“Annual increases in the total food supply for human consumption need to be limited. (sic; again: he may have left out a ‘not’.) Only the increases need to be limited. Setting food production limits can be carefully, skillfully and humanely accomplished in a way that will inevitably lead to human population stabilization. This approach is fully in keeping with Nature’s way of achieving balance among living things in the world.

My voice from the wilderness is too weak to be heard. How can any person in a position of influence among our rich and powerful leaders possibly be expected to receive this message until you speak out about what is true, according to the best available science and the ‘lights’ you possess. Speak out now here as if you are a million voices because so many of us staying electively mute is serving to kill the natural world and life as we know it.”

What he doesn’t now about small, sustainable agriculture (and wetlands) being able to provide carbon sinks, nor does he seem to mention that the carbon footprint of the US is largely due to the military and factory farming is epic.  Well, I won’t honk on, but ha!  He doesn’t know that there are indeed influential rich and powerful comrades in his camp; here’s one fer-instance.

David Attenborough is a reactionary Malthusian who thinks starvation is good for Africans. https://t.co/kdrdy3xjEl

Is there a petition to sign to make Mr. Salmonella the Humane Food Limits Czar?  If ya spot one, please let me know, okay?

5 responses to “‘A Voice in the Wilderness’: Humanely Limiting Food Production”