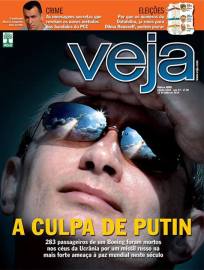 From wsws.org, some selections and NATO artwork:

“In remarks delivered from the US-Nordic Leaders’ Summit Friday in Washington, US President Barack Obama denounced the Russian government in belligerent tones, warning that members of the NATO alliance remain “united in our concern about Russia’s growing aggressive military presence and posture in the Baltic-Nordic region.”

The American president vowed to “continue to support Ukraine, and maintain sanctions against Russia.” Obama’s comments were closely echoed by the Swedish prime minister, Stefan Löfven, who declared: “We will not recognize the illegal annexation of Crimea, or accept Russian aggression in Ukraine.”

The US media presented Obama’s sharp remarks as a “response” to warnings issued by Putin earlier in the day, in which the Russian leader attacked the establishment of the new US-NATO Aegis Ashore missile base at Deveselu, in Romania.

US leaders have sought to defend the system by claiming that it is directed against Iran and other “rogue nations.”

The real purpose of the missile deployments, part of the preparation for an offensive and nuclear war against Russia, was made clear by US Deputy Defense Secretary Robert Work, who said the system is geared for “the central and northern arc of NATO,” i.e., Russia’s western and Arctic flanks.

“They aren’t defensive systems, they are part of the US strategic nuclear potential deployed on the periphery, in eastern Europe,” Putin bluntly noted in his own remarks Friday. In an official statement, Russia’s foreign ministry condemned the new base for “gravely undermining the INF Treaty,” referring to the Intermediate Nuclear Forces treaty between Washington and Moscow.
The sharpness of Putin’s response to the NATO escalation is an index of the historic levels of geopolitical tensions building up under the impact of Washington’s relentless war drive.

Following this usual pattern, Putin moderated his criticisms with appeals for compromise, affirmed that Russia and NATO ultimately share common interests, and pleaded for rationality by Western leaders.

While Putin’s overtures are premised on the assumption that more rational Western leaders might choose to de-escalate in order to avoid an all-out war, the entire history of the imperialist epoch has proven that there can be no lasting peace with, or between, the major imperialist powers. Instead, the current standoff between NATO and Russia, coming after decades of intensifying world crisis, has brought geopolitical tensions to their highest pitch since the 1930s.

Russia, a vast and resource-rich territory with the largest land area of any state, once the core of the Soviet Union, represents the choicest of prizes in the eyes of the American and European elites. They see no way out from their own crisis apart from a mad scramble to dismember and subjugate the Russian Federation, along with China and the ex-colonial nations of Africa and Asia.

The predatory designs of the US and NATO powers are stated openly in policy documents. Official NATO doctrines promulgated earlier this year define Russia as a “resurgent and aggressive” power and call for a qualitative escalation of NATO’s military posture towards Moscow, in their jargon, from “assurance to deterrence.”

@NATO May 5  #Israel and #Jordan missions to open at #NATO http://bit.ly/26Wnetm  #Mediterranean Dialogue

The announcements (of thousands of troops to the Baltic states and Poland) came amid large-scale war drills in the former Soviet republic of Georgia, still ongoing, including more than 1,000 US, British and Georgian soldiers, held provocatively in a geopolitical flashpoint that nearly brought Washington and Moscow to blows in 2008.

The drills, hailed by Georgian officials as “the biggest our country has ever hosted,” with “the biggest number of troops on the ground, and the largest concentration of military equipment,” include a full company of US mechanized combat troops, complete with M1A1 battle tanks and Bradley fighting vehicles.

Check out the latest technology designed to help soldiers fight the battles of the #future. #NATO #SOFEXhttps://t.co/amRpMAdgbR

The growing momentum of NATO’s push against Russia is evident from the deepening ties between the Western powers and the fanatically anti-Russia regimes in the Baltic states, Eastern Europe and the Black Sea region, which are enthusiastically embracing the transformation of their territories into armed camps.

Congratulations on the #EuropeDay! Let's keep on fostering peace, freedom and prosperity in #Europe together! pic.twitter.com/slaJtJ2euS

Recent weeks have seen the Ukrainian government and NATO members Romania and Turkey demand NATO escalation in the Black Sea, including formation of a multinational naval force which would patrol the waters surrounding Russia’s only warm-water port, Sevastopol in Crimea, on a permanent basis. NATO officials told the Wall Street Journal last week that plans for such a fleet are already well advanced.

and last but not least:

Also from wsws.org: ‘Barack Obama and a quarter-century of US wars’:

“The dissolution of the Soviet Union, combined with the unrestrained restoration of capitalism in China following the Tiananmen Square massacre of June 1989, was seen by the American ruling class as an opportunity to carry out a massive restructuring of global geopolitics with the aim of establishing the hegemony of the United States. The overwhelming support for this operation within the elites arose from the belief that the United States could reverse the protracted erosion of its global economic position through the ruthless utilization of its overwhelming military power.

The Defense Policy Guidance drafted by the Department of Defense in February 1992 unambiguously asserted the hegemonic ambitions of US imperialism: “There are other potential nations or coalitions that could, in the further future, develop strategic aims and a defense posture of region-wide or global domination. Our strategy must now refocus on precluding the emergence of any potential future global competitor.”

The events of September 11, 2001 provided the opportunity for the launching of the “War on Terror,” a propaganda slogan that provided an all-purpose justification for military operations throughout the Middle East, Central Asia and, with increasing frequency, Africa. The military strategy of the United States was revised in line with the new doctrine of “preventive warfare,” adopted by the US in 2002. This doctrine, which violated existing international law, decreed that the United States could attack any country in the world that was judged to pose a potential threat—not only of a military, but also an economic character—to American interests.”

Bonus:  “Yesterday, Congressman Adam Kinzinger (R-IL), joined by Congressman Ted Lieu (D-CA), introduced legislation that creates a comprehensive U.S. strategy to counter disinformation and propaganda around the world.  The bill, H.R. 5181, the ‘Countering Foreign Propaganda and Disinformation Act of 2016’ would incorporate a whole-of-government approach without the bureaucratic restrictions, as well as innovative partnerships to combat foreign disinformation and manipulation that have a negative impact on stability and security around the world.

“As Russia continues to spew its disinformation and false narratives, they undermine the United States and its interests in places like Ukraine, while also breeding further instability in these countries,” Kinzinger said.  “The United States has a role to play in countering these destabilizing actions of propaganda, which is why I’m proud to introduce the ‘Countering Foreign Propaganda and Disinformation Act of 2016.’  This important legislation develops a comprehensive U.S. strategy to counter disinformation campaigns through interagency cooperation and on-the-ground partnerships with outside organizations that have experience in countering foreign propaganda.  At a time when countries like Russia and China are engaging in hybrid warfare campaigns, the United States has a unique opportunity to respond to foreign manipulation by encouraging the free flow of truthful information.  This can further prevent conflict and ensure future stability.”

Related, and how kewl!:

“Anne Applebaum, a Post columnist, and Edward Lucas, a senior editor at the Economist, are this week launching a counter-disinformation initiative at the Center for European Policy Analysis, where they are, respectively, senior vice president and senior adjunct fellow.”, WaPo, more there.  Russia!  China!