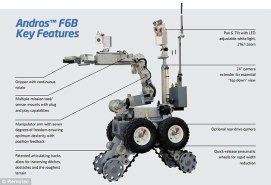 Yeah, it’s a newish hashtag answering some of the Blue/White lives matter trolls like Rudy ‘99% of blaks r killed by other blacks’ Giuliani, Joe ‘this is war, watch out’’ Walsh, ‘super-predator’ sort of stuff, as in: ‘they didn’t matter in this case, or in this time’.  The racists and racialists have hit it hard already (“#blacklivesdidntmatter when 2,000+ shot each other in #Chicago this year (so far)” and worse.

Often asked since ‘Dallas’: Is it a race war?  No, of course it’s bidness as usual for the police state against the Rabble Classes, who just so often happen to be black, red, or brown; and the hits keep on comin’.

My guess is that most of you have read far more than I about ‘the lone wolf sniper’ who was once upon a time: four snipers ‘triangulating’’ (baaad geometry) in a conspiracy, and maybe you’ve seen or heard actual police evidence that supports the claim of the cornered sniper that he wanted to kill whites, especially cops’, and the report that his ‘home’ was full of bomb-making ingredients or equipment and such, but having suspended my belief as far as anything the police say…well, I’ll wait for the movie.  The dispatch video I played at the Guardian sounded just like a Three Stooges sketch to me, even accompanied by film of overweight ‘serve and protects’ running the wrong way after shadows.  “No! Over here, fukkit!” stuff.  Brilliant.  Oh, yes; and weren’t we told The Sniper had committed suicide?  Followed by: ‘Just kiddin’; we blew him up with a mech w/ a bomb on board!  Due process?  Just best practice, see?’  (And dead men tell no tales, unless by way of an autopsy, irrelevant here.)  But yes, my cynicism just might be warranted.

Post ‘Dallas’, perhaps we’d all wondered if the police state protestors and BLM would be too timid to hit the streets again; by all accounts: not, thank goodness. And the military hardware has been out again in force, including sound and water cannons, in many cities.  Arrests were epic, and not all were…without police violence.

I know I shouldn’t keep piling on poor Debutante-in-Aspen DeRay McKesson again, but remember the Orchestrated Pulse piece (and some at TRNN) noting that none of the on-the-streets protestors had ever seen DeRay?  Well, the Guardian featured news of the early protests in Baton Rouge, and…there was DeRay, in a semi?-staged-looking portrait, a non-cropped version of this one in ‘How the tech industry is exploiting Black Lives Matter’.  Anyway, all of the implications made me laugh, including the fact that McKesson used to say that ‘Twitter IS the revolution’.

I’ve rounded up a few things for your consideration.

‘FBI Greenlights Crackdown on Black Lives Matter Protesters’The FBI is using the actions of a lone gunman as a pretext to attack the Black Lives Matter movement., by Mara Verheyden-Hilliard, (civil rights litigator at the Partnership For Civil Justice Fund (justiceonline.org), also published also at Alternet).

“But the real truth is that federal law enforcement and intelligence agencies, under the Obama administration, are continuing to fuel and encourage a repressive crackdown on peaceful demonstrators exercising their First Amendment rights and moving for social change in America.

Last weekend, Baton Rouge’s African-American community was repeatedly assaulted by the police as people attempted to peacefully protest the killing of Sterling. The Baton Rouge police were given the green light by President Obama’s FBI to approach this peaceful protest as they would an enemy force. This has been the dangerous pattern of the FBI and other federal law enforcement efforts in the past few years: to suppress social movements in coordination with local police departments.

The police treated Baton Rouge’s black community like an enemy rather than Americans exercising the cherished rights. President Obama spoke about the right to assemble and redress grievances, but the message that the protestors were the enemy was broadcast by the FBI.

The FBI’s New Orleans Field Office circulated an alert to local law enforcement on July 7 titled “Violence Against Law Enforcement Officers and Riots Planned for 8-10 July 2016.” This document consisted of a few unsourced and inflammatory images that appear to be screen grabs from random social media postings. No such riots took place anywhere over the weekend, and despite widely circulating that the peaceful demonstrators were bent on violence, not a single law enforcement entity cited any credible evidence of such a threat or plot. But the bulletin gave local law enforcement—implicitly or explicitly—the green light for repression.

“No one should believe for a second that that this vital tradition of protest is going to stop. On the contrary, it is growing. The question is whether the FBI and other federal government law enforcement agencies are going to use their vast authority and power to set up pretexts justifying one confrontation after another with grassroots movements seeking change. That path will succeed only in intensifying polarization and ever-graver conflicts. Such tactics will not succeed in extinguishing social movements, whose existence is caused by unmet needs, racial and economic disparities, and the absence of justice for so many.”

Bill van Auken at wsws.org said the same:  This was what obama should have said in ‘Dallas’:

“Asking me to speak here is like asking a murderer to deliver a sermon for his victim. The bloody events of the past week, from the police killings that have sparked nationwide protests to the gunning down of the cops here in Dallas, are either the direct product of, or blowback from, the policies pursued by my administration and that of my fellow war criminal sitting here on the stage beside me.”

This Guardian  quote is the one that pissed me purple: ‘Barack Obama calls for peace at Dallas memorial service for five police officers’; President pays tribute to officers killed last week and says in tackling issues facing nation: ‘We ask police to do too much … and ask too little of ourselves’

Seriously, where would one even start the book-length polemic in answer to this upside-down platitudinous bullshit, you flaming comprador actor?

Look what we're up against in Baton Rouge, Louisiana. pic.twitter.com/xrfBt5Owfh

But it was great seein’ Dubya & His Homies at the service havin’ a little party (as Laura looked at him sternly), wasn’t it?

I’d imagine it was this sort of rubbish that had caused Ted Rall to draw the decidedly retired Godwin’s Law cartoon below:

“Obama called for action to stop the conflict between police and protesters and black and white, admitting previous approaches, including his own, are failing.”

“I’m not naive. I have spoken at too many memorials in the course of this presidency,” Obama said. “I’ve seen how inadequate words can be at bringing about lasting change. I see the inadequacy of my own words.”

He added: “I understand how Americans are feeling. But, Dallas, I’m here to say we must reject such despair. I’m here to insist that we are not as divided as we seem.”

In Bill Quigley’s  ‘Baton Rouge: “Put Those Damn Weapons Down!”, the author is quoting General Honore’s attempts to stop police and Guard violence as he entered New Orleans in 2015 to ‘direct the military recovery’ post-Katrina.  His lenghty narrative shows how far from that ‘command’ police are now, especially since…Dallas.

In “Robot Cops Are Racist, Too, by Elliot Sperber, the author not only indicts the first-ever extra-legal assassination by robot (drone) and the breath-taking implications of that, but makes the case after the larger clip below that “dismantling police brutality, racism, inequality and poverty in general requires more than simply reforming or even dismantling the police. It requires dismantling the root of the police – property relations.”

“Not only violative of the Fourteenth Amendment to the US Constitution (which ostensibly protects people from deprivations of life, liberty, and property absent due process of law), the killing of Johnson illustrates the degree to which the decisions of the police function (much like the decisions of sovereign dictators, in the notorious Nazi legal theorist Carl Schmitt’s schema) as the law itself. Extending from the exceedingly militarized, and excessively empowered police, coupled with the ongoing, unaccountable murders of mostly people of color by police, this virtual martial law suggests that the so-called global war on terror has materialized domestically in the hardly hyperbolic form of a racist dictatorship of the police.

Although many may deny it, it is nevertheless a fact that, as an institution, the police is racist through and through – irrespective of whether or not particular cops harbor racist views. This is because, among other reasons, as an institution the police is an appendage of the larger institution of property. And property, in the US at the very least, is inextricable from racist dispossessions, and reproductions, of wealth. That is, in addition to manifesting other aspects of domination, property is racist.”

In his ‘The President Is Wrong About Dallas, Wrong About Race’, Wm Boardman deconstructs and calls bullshit on Herr President’s comments on ‘the racist hate crime by a lone wolf sniper’.

If I have my dates right, these killings by police were after ‘Dallas’; obviously there were others.  Killed y Police on Facebook has 617 corporate media accounts since Jan. 1, 2016 of them:

Just in from Valerie Jarret and the White House (in part):

“In recent days, we have been flooded by requests from Americans asking what we all can do in our day-to-day lives to take on our challenges and maintain the unity brought by grief.

Is there anything more American than that — ordinary citizens from every corner of the country asking what they can do in their communities? As the President said in Dallas, thatâ€™s the America I know — an America thatâ€™s never seen a problem it canâ€™t solve.

Yesterday, the President brought together law enforcement officials, civil rights leaders, activists, faith leaders, academics, and state and local elected officials to discuss these challenges and how we can all take steps together to build trust and ensure justice for all Americans.

And tonight, President Obama will keep the conversation going about the challenges we face — from racial inequality to how we build trust in our communities.

The President will host a town hall where he’ll hear from officers, parents, students, and families affected by the violence of recent weeks. Participants will raise important questions, search for answers together, and most critically, seek to understand the different realities each of us face. We will all be able to learn a lot from their example.”

‘Central to this effort is implementing the recommendations of the Task Force on 21st Century Policing….ha ha hah…ha.

Good night, and Good Luck. The Hypocrite-in-Chief is Bullish on ‘Conversations, isn’t he?  Pfffffft.  Reign in your FBI and cops!  Make sure the killer kops are prosecuted!  De.Mil.i.tar.ize them!  Oh, yeah; you’re outta here, aren’t you?