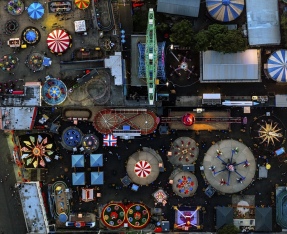 coney island from above

I’d been working on a post about the fact that almost everyone (including the questionable left) has been blaming the NSA tool kit hacks on the usual suspects: the Roosians.  As I began to get  bit more in the weeds over it, I kinda sorta virtually tossed it in the trash, but kept the links for *if* later.

I’ve got stuff to do this morning, so I may or may not get some hilarious stuff on the DNC emails up, largely by tweet.  In the meantime,  I reckoned it was about time that I asked any of you who aren’t registered here, and have to give your ifo on every blasted comment, to let me know if you’d like me just to send you invitations through wordpress to become ‘contributors’ (commenters), and I’ll do it.  If you’ve been registered at another wordpress site, your avatars may travel along with you.  Note: it often takes a day or more for this stuff to work its way through the wordpress…whatchacallits.

Just say, “yes, oh kindly Café proprietor” if you’d like me to have the site extend you that invitation, and we’ll hope it works.