No, Massa Presidi’int: Oh No You Di’int Pull Us Up by Your Bootstraps 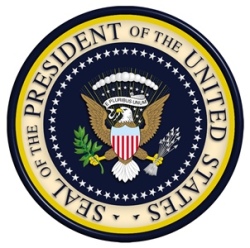 This email came in from our Deceiver-in-Chief a few days ago, and it really toasted my buns, especially since I’d seen these charts been called ‘bullshit’ in no uncertain terms here and there online.

“Over the past eight years, we’ve made incredible progress in our economic recovery.

Our businesses have created more than 15 million new jobs since early 2010. Twenty million people now have the security of health coverage thanks to the Affordable Care Act. Together, we’ve turned around an economy in freefall and put it on a stronger, more durable course.

And last week, we got even more great news: the policies we’ve put in place since the recession have started to pay off in real ways for American families. Take a look at these charts.  (I won’t embed the bogus US Census Bureau charts nor the rest of his self-congratulatory drivel, me hearties; follow the link.)  Except for this extra rubbish:

“We lifted 3.5 million people out of poverty, including one million children — the largest one-year drop in almost 50 years. Poverty went down across all racial and ethnic groups.

By so many measures, our country is stronger and more prosperous than it was eight years ago.”

So I toddled over to Naked Capitalism to grab this link to TRNN:  ‘Don’t Celebrate Just Yet: Median Household Income In a 20-Year Decline’; Recent statistics from the US Census Bureau show improvement from 2014-2015, but in reality, wages are in a real decline and no mechanisms have been put in place to prevent another crash, says economist Richard Wolff

His key message boils down to: ‘You can’t fix capitalism, nor do we have the mechanisms to control capitalism’s instability.’  He left out a few things commenters noted both at TRNN and NC such as: yeah, some folks are working two or three of those low-wage, no bennies jobs…

“Excellent point, add little Bill Gates to a room full of McDonalds servers and they all become millionaires using the “median”.”

“Remember the old saying: there are lies, damn lies and statistics.”

“Also, if you don’t know the average number of people in the household from year to year, you can’t really determine if the growth in median household income is significant–or just the result of larger households as people move in together to save expenses.”

“So from 2010-2014 the price inflation indices had been paring down any puny median income gains. In 2015, the deflator (at least the one the Census uses) had a miniscule increase and not much paring occurred. A series of fortunate events for the PR peeps.”

But let’s look a little further into the Craptastic Good News from The WH and the BoS (some may be redundant, some give different figures).  ObombaDontCare?  Ha; such a death spiral it’s in now that Big Insurers like Aetna are pulling outta the ‘exchanges’.  Naked Capitalism has been rigorous narrating the ACA from the beginning until the present.

US Homeless/Poverty Statistics Sept. 2016, data from the National Law Center on Homelessness and Poverty

The other stats are chilling as well.

‘Hunger in America: 2016 United States Hunger and Poverty Facts’, worldhunger.org  Okay, published in 2016, their stats are largely from 2014, but the trends and reasons are inescapable today.

“Some 500,000 to 1 million childless adults will be cut off SNAP (the Supplemental Nutrition Assistance Program, formerly the Food Stamp Program) over the course of 2016 as a three-month limit on benefits for unemployed childless adults returns in most areas of the country.  This paper addresses some basic questions about childless adults aged 18-49 without disabilities who may be subject to the time limit based on a review of research in the nearly 20 years since it was first imposed as part of the 1996 welfare law.”

[The bipartisan] ‘Crapifying Medicare with the New MACRA Program’, Lambert Strether, Naked Capitalism  It’s an excellent deconstruction of the program, and alarming as hell.

But oh, my.  From the White House two days ago came a message from Congressman John Lewis says in part of his sincere appreciation of the NMAAHC (on Twitter, too!) :

“And as we look at the exhibit dedicated to an African American who now leads the free world from a White House built by black slaves, we can better understand the unshakeable optimism that has defined his belief that — with dedicated work and a little good trouble — we can help create a society that is more fair and more just, which benefits all Americans.”

Sigh.  I know, I know; he’d old now, and one of the early civil rights greats, there’s even a display case for him, but still I hafta ask:

Like this black citizen, perhaps? 10/24/2016: ‘Baltimore man who called 911 for help dies after being punched by police’; According to an incident report, Tawon Boyd attempted to enter two police cars, ran to a neighbor’s house and shouted: ‘Help! Call the police’, the Guardian, and on the same day his email came in, fer chrissake.

Back to the New Museum that will save the AA community:

But oh: ‘What a Game Changer’  and ‘not a moment too  soon’ said the Rev.Jesse Jackson says of the new African History Museum in DeeCee, (via RT).

“The Museum of African American History will open on Saturday, following a week of protests over two highly publicized killings of black men by law enforcement officers. The museum will open with President Barack Obama ringing the “Freedom Bell” that was provided by the First Baptist Church in Virginia”

When you think Freedom™, isn’t Barack Obomba the first person you think of?  Yeah, me too.

Looks more like a derelict factory than a ‘traditional Yoruban crown, doesn’t it, ?  And not to look a corporate-funded (h/t jason) gift horse in the mouth, but David Swanson takes note of: ‘The African American History Missing from the Smithsonian’

“The New York Times informs us about the new museum: “Above ground, the museum departs from the chronological narrative to examine African-American achievements in fields like music, art, sports and the military. Visitors can tour these brighter third-floor and fourth-floor themed Culture and Community galleries without venturing into the harsher history sections below.”

Get it? War is part of a well-rounded liberal life alongside music and sports, unlike those “harsh” bits of history. The new museum’s website promotes “Military” as a category of exhibit item. Click it and you’ll find 162 things including smiling portraits of soldiers in uniforms, medals, letters, hats, binoculars, propaganda posters, etc. If you search the site for “Peace” you find one photo of an unidentified man wearing a peace sign necklace and one photo of unidentified men holding up a giant peace sign.

We know that Marin Luther King Jr. is to be found in the new museum, but we don’t know if he’s the corporate-approved Martin Luther King Jr. who opposed racism but never noticed war. We know that Muhammad Ali shows up in the sports section along with his head-gear and gloves. We don’t know if his reasons for refusing the Vietnam War draft are included.”

Indeed we don’t, and my guess is with all the black military displays, those who resisted war won’t be featured.  Now whether or not it’s the title of the museum, or just what the authors mean it suggests, the title of the Times photo essay is ‘I, Too, Sing America’.  The corporate funders just might not want a bunch of Commie-Pinko war resistors featured.  As for other radical blacks, who knows, although there’s this Tweet at the RT piece: “My grandmother was an original black panther in 1968”, she’s now in the African-American Smithsonian Museum in Washington DC.”, although looking at her Twitter account, perhaps the fruit dropped far from the tree.

But my stars; look at all the love on #NMAAHC on Twitter!  Oprah!  (Well, $20 million buys a hella lot of love, no?  #Freedom Sounds on the Gil Scott-Heron stage (the Revolution will be televised!, including Public Enemy!  What, no Boots Riley and the Coup?

It’s like a hotwire, baby
When we put it together
When the sparks fly
We’ll ignite the future forever
This is the last kiss Martin ever gave to Coretta
It’s like a paparazzi picture when I flash my Beretta
I got scars on my back
The truth on my tongue
I had the money in my hand when that alarm got rung
We wanna breathe fire and freedom from our lungs
Tell Homeland Security
We are the bomb

(the rest of the lyrics)

1st Lady Michelle Obama hugs Pres. George W.Bush at opening of @NMAAHC I was there for 1 of museums chief sponsors @BankofAmerica pic.twitter.com/XWw41G5nHO

33 responses to “No, Massa Presidi’int: Oh No You Di’int Pull Us Up by Your Bootstraps”