a personal note about war and the military 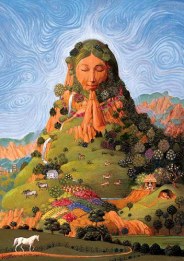 mr. wd and i often quip that it’s a good thing that over our lifetimes we’ve become major fans of irony (not always adoring fans, mind you), and in my own case, also seemingly coincidental synchronicity. so few things have borne out what we worked toward with such caring earnestness that we unspooled at times, including one very long dark soul of the night in which we were so frozen with horror that we were unable to laugh or even listen to music, much less play it ourselves.

some of you know that a few years ago our son married a woman with two teen-aged children.  now he had been a wildland fire-fighter for five seasons, and after their marriage, she objected to his plans to do another season.  after a long discussion, they hatched a plan that he’d continue substitute teaching, but join ‘the weekend warriors’; my guess is that it was largely at her urging, but i may be wrong about that, as he did like the rather militaristic camaraderie of wildland firefighting for the bureau of livestock and mining mis-management (BLM).   also, his biological father was a lifer in the military, so we wondered if part of his blood…might even be khaki.  (we’d adopted him as an infant; his bio mother is azteca, tragically deported back to mexico just ahead of the general amnesty in the mid-80s.)

the first irony in this story came when they arrived here for a rare visit (they live nine or ten hours away) and announced the news.  my first reaction was of the ‘holy shit’ variety: ‘i’ve been protesting war since i was sixteen years old!’  probing a bit, i did discover that they both seemed to know that against the posse comitatus act, Guards could be, and have been, sent overseas to help conduct wars.  then, pinging that many Guards were being deployed to help quell domestic ‘insurrections’, mr. wd and i both said in horror: ‘you might be facing us one day, and you’ll have a freaking rifle!

needless to say, the rest of the visit didn’t go all that swimmingly, although our son would at least discuss it all with us; not so his wife.  we’ve mended fences with her over the years, and she at least will call me some version of ‘ma’ now, and that’s a good thing.

a few months ago, our son told us that he’d be ‘being deployed’ overseas soon, and would begin more intensive training for that mission, which would commence the day before christmas.  train he has been, at bases all up and down the colorado I-25 front range corridor.   it was either ironic or horrific that we later discovered through another guardsman our daughter knows in colorado springs, that if our son was being deployed, he would have volunteered for it!  well, wtf, whoosh, and all that jazz, but i called him and he said that yes, it was so.  the long and the short of it was that his blended family was in constant strife with no end in sight, and that he needed to get out, but the rest of that story doesn’t need to show up here, as i’m sure you’ll understand.

our son is completely crap at staying in touch, but both mr. wd and i do stay in touch with our daughter-in-law in spurts, he by text, me by email.  but just recently, she had reported on some ‘leave’ dates that were quite in flux, or at least confusing.  so we called his cell yesterday morning, and he did call back.

this monday he and his team will fly to el paso, texas, and train some more at fort bliss, then fly overseas.  synchronicity: he was born in a midwifery clinic in el paso, and that’s precisely where his biological father was stationed for the few years before his birth.  it turns out he did remember that fact, and thought he might try to find word of his present location.  luckily, his name is burned into my brain, so i could remind him of it, partially because (irony of ironies), although statistically on about half of all adoptees in the u.s. want to find their bio-parents…he did, so i wrote a lot of letters to fort bliss to aid his quest long ago.  i was finally advised that they would forward our request to him (and the stamped, addressed envelope i provided at their request.  nope, nothin’ back ever, although he hailed from a southern state, and apparently has a family with children there.  crap excuse, but perhaps part of the reason he/we never heard back.

at any rate, reminding him of that history caused him to think that maybe he now has an inside track or something…  who knows?  admittedly, i’m not very inclined to ask about his guard doings, but mr. wd does hang in there for it, bless his anti-war heart.  i’d answered his call, asked if he knew what his ‘duties’ were to be.  he answered that he’ll be a paper-pusher; huge relief, so i said that at least he won’t be operating drone joysticks, or be plain old cannon fodder.  when i asked if he knew where they were going, he said yes; was he allowed to say?  yes: (our ‘partners in peace’) the united arab emirates.  holy crow.  yes, better than afghanistan or other more ‘kinetic’ war locations….

let’s see; what could i remember about the UAE?  ooof, yes: one emirate, and the capital: abu dhabi, the place where the masters of the universe reckon they can survive ‘limited nuclear war’, plagues, pestilence, and the food and water scarcity that’s comin’ down the track.  and nearby dubai of the towering architecture for the uber-wealthy.   what u.s. base is there, or is there more than one?  turns out that the only publicly stated base is al dhafra air base…20 miles south of abu dhabi.  abu dhabi?!?  crazy.  when the kids were wee ones, i kinda (cough) pretended that our teevee didn’t get all those warlike-cartoons that their friends watched at their houses.   but one of the few cartoons we watched was…’Garfield and friends’.  remember how garfield was always threatening to send ‘nermal’ the pampered cat to abu dhabi in a box?  there must have been a jingle for it: a-bu dha-bi, abudhabi, cuz our son would sing it, and so would we.  well, some of you may be too young to have watched it, but anyway…

oh, yes, and look where it is: on the persian gulf, nestled right in among qatar, iran, oman.  ‘join the guard, see the world!’, visit that bastion of human rights, the UAE!  our friends, our partners!  Will the guard ‘leaders’ teach them the local customs and how not to get emmet till-ed?  of course that the UAE has the seventh largest oil reserve on the planet, as well as the seventeeth largest natural gas has no bearing whatsoever on usa foreign policy alliances and friendships.  oh, yes; al dhafra is also home to a drone base.

but i digress.  when mr. wd got on the phone, he’d asked how things were in the family, and more irony: ‘going well’, and he’d spelled out the reasons for that, and that’s a good thing, of course.  but does he wish now that he hadn’t sent himself to abu dhabi?  (insert relevant platitude here____.)

as i listen to what’s going on with the only two electable, but utterly deplorable presidential candidates, both feared and loathed by one side or t’other, or even by most, and grasp the enormity the consequences of this fake-ass election in this fake-ass democracy, all i can wish now is that by dint of what happens next is that more and more people wake up to the fact that the bidness of the empire is war for fun and profit, proxy wars for resources, and of course war by other means (including by silent coups in the global south, and war on its dissenting citizens.  gladio 2, sibel edmonds calls it.  oh, and wars for global supremacy, of course.

nuclear disaster is one slip of a button away as geopolitical tensions escalate, and while the UN voted recently to allow the general assembly to vote on beginning talks toward ‘making nukes illegal’, some say that the talks will be more about ‘expanding nuclear arsenals’, so I can’t say.  but note which nations voted ‘nay’, which abstained, and their (ahem) lying, self-serving reasons for doing so.  click in and you’ll see on the right side bar: ‘US military successfully tests electrical brain stimulation to enhance staff skills’.  The Pentagon has been busy since 2011 creating ‘super soldiers’; wonder how that’s going, Darpa?

one last major irony in my/our personal story is that our son knows most of this, as he graduated with a degree in history, and does seem to pay a certain amount of attention to geostrategic chickanery.  might it be his warrior blood ruling him…for now?

so for the next year we’ll try hard to laugh, love, dance, tithe food, smudge our son in absentia with sweet grass smoke…pray in our own ways for him, keep track of the celestial shows at night, greet the critters who come to visit, and try not to worry.  but i do reserve the right to cry when i’ve got the tears, as when listening to this; joni sang it right so very long ago.  and i cry not just for him, but for this nation and for those it annihilates so easily, including…this gorgeous big green ball of a planet.

This entry was posted in stories. Bookmark the permalink.

35 responses to “a personal note about war and the military”