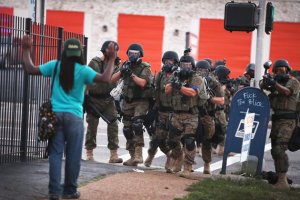 The most recent one is here.  juliania linked to some NZ penguin videos at the bottom.  My only offering for today is there, but again:

“The district attorney concluded that the police officer acted lawfully in the killing of the Black man, which sparked riots in the North Carolina city.
The courts ruled Wednesday that no charges will be brought against Charlotte-Mecklenburg Police officer Brentley Vinson in the fatal September shooting of Keith Lamont Scott, his attorney said Wednesday, as he “acted lawfully.”

This entry was posted in * OPEN MENUS. Bookmark the permalink.