(reblogs): ‘The Celebrity Left is Still the Enemy’ & ‘Back to the Future: From the USSR to the Eurasian Century’

“It seems the electoral spectacle of 2016 is never going to fucking end. This interminable state of affairs has long been dragging this country even deeper into a reactionary abyss, but since the Washington Post reported the CIA claim that Russia hacked the DNC/John’s Podesta’s emails to help Trump spoil Clinton’s coronation, the liberal meltdown has really reached a fever pitch. This video of Sorkin caricature Keith Olbermann channeling all this reactionary outrage into one of the most absurd rants I’ve seen all year is a pretty perfect illustration of the liberal transition to an open embrace of their latent fascism:

We are at WAR with Russia. They are finalizing their COUP. Potus must declassify all pertinent information NOW pic.twitter.com/WGAEmSqyiy

“Since the initial story broke, the Post also reported the FBI has signed onto this assessment as well and NBC reported Putin is personally responsible for all of it. Naturally no evidence has been presented for any of this (good analysis of that here), but the response has nonetheless been intense.

Regardless of the veracity of these claims, there’s clearly a multifaceted propaganda push (fake news, Aleppo etc) to make sure Americans see Russia as the Evil Empire once again. The reckless chauvinism dominating liberal discourse at the moment makes their repulsive apologia for Clinton during election season look almost reasonable by comparison. Now that they’ve lost to a candidate that wasn’t even really running, liberals are fully embracing their delusions of being the vanguard in an effort to protect the republic from a Russian-backed fascist coup, allying with other progressive forces like the CIA.

Crucially all this inflamed jingoism is being fanned and directed at an official enemy that happens to be a heavily armed nuclear power active in the proxy war the US and its allies are waging on Syria. And of course all this is emerging on a foundation of deep hostility towards Russia that was built up over generations during the cold war, the lasting impact of which has made this messaging very easy to deliver to people whose critical faculties have long since been eroded by the relentless propaganda assault otherwise known as “news” and “pop culture.” Things are so fucked right now that space has opened up for professional opinion havers to applaud the murder of the Russian ambassador to Turkey and for so-called anti-racists and Russia experts to tweet openly xenophobic shit like this:

Seriously when your contribution to the world is Faberge eggs, autocracy and pogroms, no one should much care what you think.

Russophobia has become the life-raft for so many circling-the-drain liberals https://t.co/ByY5NJnPvx

(the rest is here; it’s a long and worthy polemic, and much of it was totally new to me, although i admit that my fave moment was that at the finale of his russian derangement rant, Olberman put up his hand in some sort of salute and yelled: “peace”.  allow me to ask rhetorically: ‘scahill: wtf?’ and ‘reform or ‘take over the democrat party’: ‘wtf’?  and yeppers, Olberman’s new gig is at gentlemen’s quarterly (gq.com, srsly).  the author also deftly demonstrates how many celebs inadvertently show their inner imperialists.) a foreshadowing taste:

Malcolm X's analysis on possessive use of "our" "my" "us" "we" in relation to the state was very striking to me. Its how to spot a Liberal

ha; seeing that image of Olberman reminded me so much of this creepiness; how could it not? 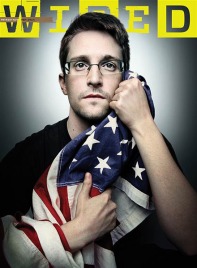 Allow me to add a bit from Pepe Escobar’s new op-ed at Sputnik: ‘Back to the Future: From the USSR to the Eurasian Century‘

“Putin already cut to the chase – when he spoke at the defense ministry’s HQ in Moscow before the holiday season; “We can say with certainty: we are stronger now than any potential aggressor.” And he added; “Anyone.” This after Defense Minister Sergei Shoigu stressed Russia “for the first time in its history” has fully protected the extensive Russian borders with early warning anti-missile systems.
The Pentagon must be processing the information with extreme seriousness.

That means, essentially, that before the S-500s were fully rolled out, Moscow could not but exercise extreme prudence. Now Russian air space seems to be effectively sealed. Putin could not actually admit on the record that Russia is the strongest military power in the world until the rollout of the S-500s is complete. All US offensive missiles and stealth aircraft as it stands are rendered useless. And that does no even take into account nuclear weaponized Russian silent submarines.

Putin’s frank admission is extremely surprising, because the nature of Russian strategy is always to conceal strength. Yet in the new, geopolitical configuration, possibly a preamble to post-Cold War 2.0, the most important element was to send a clear preemptive “message” to the Pentagon.

At his year-end presser, Putin also remarked that, “what we have between Russia and China is more than just a strategic partnership.” That was another subtle but clear message to any actors, inside or around the US deep state, Brzezinski included, or inside or lateral to the Trump administration, bent on deploying the usual Divide and Rule tactics to play Russia against China; moreover, the three crucial Eurasian actors, Russia, China and Iran, have already agreed on a mutual defense policy. So any fancy Pentagon ideas on Iran instantly hit a no-go area.”

(the rest is here)

I know we’ll all find this  empty nonsense….

Like Loading...
This entry was posted in democrats as stautus quo gatekeepers, electoral politics, geopolitical matters, realpolitik,. Bookmark the permalink.

42 responses to “(reblogs): ‘The Celebrity Left is Still the Enemy’ & ‘Back to the Future: From the USSR to the Eurasian Century’”