(I’m pretty much out of words again, so let’s let others speak..)  DiFi’s HUAC is at the bottom. 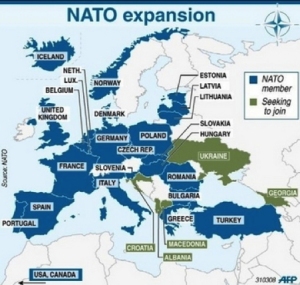 ‘The Voiceless Left Stands Before The Monster Of History’ by Phil Rockstroh, October 27th, 2017, dissidentvoice.org  (a few excerpts):

“The mere existence of vast arrays of weapons, deployed or not, does great harm to the soul of a nation. US Americans are fearful, day and night. We would not feel secure if we ensconced ourselves in an armory.

An empire, built on the backs of slaves, both actual and de facto, with its expansion across the continent expedited by genocide, has conjured internal Furies — raging apparitions, borne of the nation’s collective soul and of nature’s fury, that cannot be repelled by weapons of any make.

Amid the empire of the feckless, we on the Left have been rendered all but voiceless. We wander in a wasteland of resentment, marginalised, denied a voice in cultural discourse. Online, we gibber and snarl at each other and curse our predicament like Dante’s figures of the damned in pits of the Inferno. By all indications, we are bereft of the knowledge of where and how to even begin the dialog.” [snip]

“As for myself, I’m a member of the Nambia Liberation Army. The calling of a poet is to make the invisible visible.

Of course, the flaming orange, ambulatory dumpster fire Trump should be mocked for proclaiming that there exists on planet earth a nation called Nambia. The man has the range of knowledge of some bar stool blowhard, the insufferable type who begins almost every wit-defiant declaration with “irregardless” or “actually” before launching into a false narrative based on an inane premise misinformed by a belligerently obtuse, fact-resistant Weltanschauung.

The same applies to toxic innocent types who believe capitalist (so called) democracies exist to respond to the will of the citizenry. Who would have chosen for high office the sleazy, craven, and sub-cretinous gallery of grotesques known as the Western political class? Only slaves who have been convinced that the clank and clatter of their shackles is the very song of freedom would argue, the extant, waking nightmare arrived as a matter of choice.

Attendant to the deception: The notion that the dismal circumstance will recede by the banishment of Donald Trump from the scene. Trump is merely a representation of one of the genera of imps squatting in the dark recesses of capitalism’s forsaken soul. He is the very embodiment of a crackpot realist.”

on edit: a bit more: “The heart is not a mere pump; it is the hub of imagination; it yearns for experience, thinks in living imagery, and will lead, if followed, into participation mystique. Any attendant answers…are an after the fact phenomenon. Then the scene shifts. The structure of the old order becomes a veil of dust, its dogma, the admonition of a long dead ghost. A ghost is an uncoupled habit, a self-resonating feedback loop shuffling through a fixated mind, an entity devoid of life thus cannot generate novel questions.”  the rest might be expressed by an old PP &M song, although I might see it so as it’s one of my favorites:

“NATO’s anti-missile shield, which is currently being developed under US guidance, is reportedly designed to protect European nations from threats – such as those voiced by Stoltenberg – by states such as North Korea and Iran. The missile shield uses a network of radars that track potential threats in the atmosphere, before launching an interceptor missile from a stationary base or a vessel.

Last year, NATO formally declared its missile defense base in Deveselu, Romania to be operational, bringing to fruition a plan to construct a shield in Eastern Europe first announced by George W. Bush in 2007. Simultaneously with Romania coming online, NATO is beginning construction on another base in Poland, which will complete the Eastern European segment of the shield in 2018.”

A @Whiteman_AFB B-2 flew a long-range mission to @PacificCommand AOR this weekend; these missions demonstrate our commitment to allies. pic.twitter.com/Pzx2hCGHyS

We have never been more able to transform Special Operations Forces and capabilities to win future conflicts. pic.twitter.com/4yrIjKt9rH

‘US nuclear-capable B-2 stealth bomber flies mission to Pacific ahead of Trump’s visit to Asia’, via RT Oct 30, 2017 (self-explanatory title) 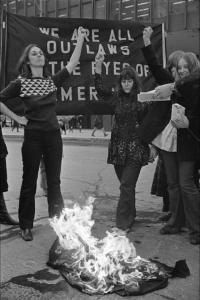 “I was 23-years-old the first time I was arrested. It was at the Pentagon— an act of civil disobedience in protest of the U.S. war on Vietnam. My boyfriend, Jerry Rubin, and I were organizers for the National Mobilization Committee Against the War (familiarly called The Mobe).

Here we call it the Vietnam War. The Vietnamese more accurately call it the American War. After all, the U.S. was the aggressor. It was our troops that landed on their soil; our planes that bombed their cities and sprayed Agent Orange; our army massacred their civilians, women and children included. Not the other way around.”

“Over the last two decades we have witnessed an abrupt increase in the number of private military companies (PMC) operating across the globe. It’s curious that some of those companies have budgets that far surpass defends budgets of certain independent states. Such conflict zones as Afghanistan and Iraq have for a long time been a sort of a playing field for a handful of Western PMCs. According to those officials who hire private companies to wage wars in their name, contractors perform a handful of tasks on the ground more efficiently and, which is even more important, way cheaper than regular army units and government agencies.

However, both the alleged military prowess and cost efficiency of those PMCs is questionable, but the main advantage of those remains undisputed, since no statesman bears responsibility for their actions. Operations in Afghanistan and Iraq have raised a serious concern over the legal status of such companies. But neither a string of flagrant human rights violations committed by those nor the facts of unjustified and inadequate use of all sorts of weapons could put a stop to this bloody business. Once a private military company gets deployed on the ground there’s no more need to answer uncomfortable questions about loses and collateral damage, since no state can ensure that it fully controls the activities of its “private armies”.

States such as the United States that has been actively promoting PMCs as its tool of choices have repeatedly argued that they are ready to protect their mercenaries from any sort of persecution in other countries.”  (Paul Bremer, Iraq, Blackwater, et.al, for instance)

“In another extraordinary development, on Friday, Dianne Feinstein, the ranking Democrat on the Senate Judiciary Committee, sent a letter to Twitter’s CEO demanding that the company hand over personally identifying information related to “organic content” posted by Twitter users. The letter specifically requests all “organic content posted by Russia-connected users and targeted to any part of the United States, regardless of whether the individual or entity violated any Twitter policy.” Its definition of “Russia-connected users” is extremely broad, including any “person or entity that may be connected in some way to Russia.”

The letter demands that for all “organic content described above, Twitter provide all subscriber information,” and “IP address information.” This means that the company is being asked to hand over full names, phone numbers, email addresses and IP addresses, which can be used to determine physical location.

Given congressional investigators’ newfound focus on “content recorded, posted or written by Americans” and reposted by “Russia-linked” accounts, it is reasonable to infer that the “organic content” Feinstein is referring to includes content posted by left-wing websites and their associated social media accounts. In that case, what Feinstein is demanding is a list of the names, phone numbers, and physical locations of prominent opponents of US government policy.

Equally troubling is the fact that the letter requests “All content of each [private] Direct Message” between an undisclosed list of attached Twitter accounts and accounts belonging to WikiLeaks, Julian Assange and the civil rights attorney Margaret Ratner Kunstler.

Kunstler, according to her official biography, has represented “WikiLeaks and Bradley [Chelsea] Manning supporters in connection with grand jury subpoenas, encounters with the FBI…and governmental suppression.”

The extraordinary request by the Senate Judiciary Committee for a company to turn over a lawyer’s private correspondence constitutes a gross violation of attorney-client privilege, to say nothing of its chilling effect on First Amendment rights.

Feinstein’s targeting of Assange and Wikileaks alongside her focus on “organic content” makes clear that the real target of the witch hunt is not foreign agents, but domestic political opposition.”

I’m not sure his last sentence is true; I’d say that her scheme is more of a two-fer, but as chilling as anything I’ve seen lately in terms of ‘fascism afoot in Amerika’.