a NATO Space Command plus ‘The Nuclearization of Space’ 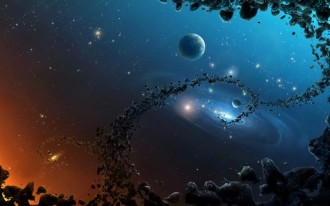 While I was reading about NATO’s two new commands to fight ‘Russian Aggression’, a third potential NATO command had popped up: a Space Command.  Apparently there’d been a joint US-Soviet Space Treaty with ‘limitations’, but no links had been provided.  So I went hunting, a bit in the reverse order, but no matter. A first general bingle popped up both:

JAPCC’s  ‘Filling the Vacuum, A Framework for a NATO Space Policy’, which mainly asked…questions in 2015, then in 2016:

#FutureNATO.org, A project of the Atlantic Council : ‘Above the Moon: NATO Space Policy, Pawel Fleicher (FWIW, readers may imagine, decide)

A big bold red Raytheon is on the right sidebar.   It reads very sensibly and strategically in his/their opening lines:

“Outer space has been an important area of competition between the United States and the Soviet Union since the Cold War. In the bipolar world, space security was an element of strategic balance, shaping American and Soviet national security policies of the US and the USSR. But it also attracted states that seeking profits from space exploration. The increased presence of governmental agencies and private companies in outer space justifies the necessity of establishing a NATO Space Policy.”

...with this noteworthy paragraph:

“The Alliance space-based surface surveillance systems clearly have an advantage in early warning and intelligence collection for the battlefield. But the undefined rules of engagement in this domain, much like the cyber domain, could lead to much confusion. Member states should clarify that an attack on one country’s satellites may then by interpreted as an attack on all, triggering Article 5. An equivalent response to any attack on a satellite or space-based system must be spelled out in advance. The NATO Space Policy must recognize both kinetic and non-kinetic threats and establish procedures regarding incidents in outer-space.”

Recalling having read a bit about the Atlantic Council from Bruan MacDonald at RT, I went back to his oeuvre there and found:

“Incidentally, aside from Soros, the other big donors to the “European Values” lobby group are the European Commission and Parliament and the embassies of the United States and the United Kingdom. Thus, it doesn’t take a genius to follow the money and see the agendas at play. And it’s instructive that Richter is also connected to the Atlantic Council, a large US political action body, bankrolled by the Ukrainian World Congress, the Lockheed Martin Corporation, the Raytheon Company and the US State Department. All entities that, of course, benefit from strained relations between Russia and the west.”

I did get a boot outta @AtlanticCouncil Nov 14  “Tomorrow’s launch of, “Whither America? A Strategy for Repairing America’s Political Culture,” has been postponed. Stay tuned for the new date! @ACScowcroft

But back to the original 1966, ’67 era Space Treaty.  US Dept.of State.gov (Tillerson) ‘Treaty on Principles Governing the Activities of States in the Exploration and Use of Outer Space, Including the Moon and Other Celestial Bodies’ says this about it in part once chronicling early Soviet refusals, Sputnik era, etc.:

Soviet plans for general and complete disarmament between 1960 and 1962 included provisions for ensuring the peaceful use of outer space. The Soviet Union, however, would not separate outer space from other disarmament issues, nor would it agree to restrict outer space to peaceful uses unless U.S. foreign bases at which short-range and medium-range missiles were stationed were eliminated also.

The Western powers declined to accept the Soviet approach; the linkage, they held, would upset the military balance and weaken the security of the West.

After the signing of the Limited Test Ban Treaty, the Soviet Unions position changed. It ceased to link an agreement on outer space with the question of foreign bases. On September 19, 1963, Foreign Minister Gromyko told the General Assembly that the Soviet Union wished to conclude an agreement banning the orbiting of objects carrying nuclear weapons. Ambassador Stevenson stated that the United States had no intention of orbiting weapons of mass destruction, installing them on celestial bodies or stationing them in outer space.” [snip]

“On the 19th of that month the General Assembly approved by acclamation a resolution commending the Treaty. It was opened for signature at Washington, London, and Moscow on January 27, 1967. On April 25 the Senate gave unanimous consent to its ratification, and the Treaty entered into force on October 10, 1967.

The substance of the arms control provisions is in Article IV. This article restricts activities in two ways:

First, it contains an undertaking not to place in orbit around the Earth, install on the moon or any other celestial body, or otherwise station in outer space, nuclear or any other weapons of mass destruction.

Second, it limits the use of the moon and other celestial bodies exclusively to peaceful purposes and expressly prohibits their use for establishing military bases, installation, or fortifications; testing weapons of any kind; or conducting military maneuvers.”

This is the Space Treaty’s Wiki entry, a bit long and confusing to me, but it does include this:

“However, the Treaty does not prohibit the placement of conventional weapons in orbit and thus some highly destructive attack strategies such as kinetic bombardment are still potentially allowable.”

Paranoia Runs Deep; into Your Life it Will Creep:

“”All U.S. administrations have rejected space control because there are serious definitional problems, such as what is a space weapon,” Schneider said. “And there are serious verification problems associated with it.

Additionally, the space arms ban treaty is part of Russian and Chinese efforts to attack U.S. and allied missile defenses, which are heavily reliant on space sensors and weapons.

“At some point I believe we should put missile defense into space,” said Schneider who worked in the Pentagon on strategic defense, space, and verification policies.

Additionally, “Russia is certain to cheat on any space treaty,” Schneider said. “They have announced that they are developing ASAT weapons. Moreover, they may be developing space offensive weapons.”

Chinadaily.com’s June 2014 propaganda is quite different of course.

“The updated draft Treaty on the Prevention of the Placement of Weapons in Outer Space, the Threat or Use of Force Against Outer Space Objects, was presented at a plenary session of the Conference on Disarmament, the world’s sole multilateral forum for disarmament negotiations.

The new draft treaty has supplemented, revised and refined some clauses of the one China and Russia presented in 2008, including definition and scope of the treaty, organizations as well as mechanisms to solve disputes, said Wu Haitao, China’s ambassador extraordinary and plenipotentiary for disarmament affairs.”

Now in Karl Grossman’ November 14, 2017 ‘The Nuclearization of Space’, at Counterpunch, he has a hella lot to report.  He opens:

“The website nuclear-news this month has declared: “Nuclear Power and Space Exploration—theme for November 17.” And, indeed, a desire of nuclear power zealots for decades is, now in 2017 with the Trump administration, poised for possible major implementation.

As nuclear-news says: “Coinciding with the severe downturn in the nuclear industry is the rush for enthusiasm for space exploration—and the goal of ‘putting a man on Mars.’ The nuclear industry must be pleased” now with the focus on nuclear-powered rockets to Mars. The  apparent motive?  “Space travel might save their industry?” Continues nuclear-news: “The effects of a space craft crash on an Earth city are almost unimaginable, and certainly never properly condemned by the space technocrats and nuclear enthusiasts. To them, this is an ‘accceptable risk.’”[snip]

“Trump’s spaceman,” was the headline in February of a Vice News piece about Trump campaign space advisor Robert Smith Walker, an arch-conservative ex-congressman who had been chairman of the House Science, Space and Technology Committee, the panel with NASA oversight.

“Under Trump, missions are expected to be more deep-space-oriented, beginning with robots mining for resources such as Helium 3 on the Moon. Walker foresees human lunar colonies as well as spaceships fueled by nuclear power to cut travel time to Mars from months to weeks.

In July, Scientific American published an article headlined: “NASA Seeks Nuclear Power for Mars.” Its sub-head: “After a half-century hiatus, the agency is reviving its reactor development with a test later this summer.”

It starts: “As NASA makes plans to one day send humans to Mars, one of the key technical gaps the agency is working to fill is how to provide enough power on the Red Planet’s surface for fuel production, habitats and other equipment. One option, small nuclear fission reactors, which work by splitting uranium atoms to generate heat, which is then converted into electric power.”

“NASA’s technology development branch has been funding a project called Kilopower for three years, with the aim of demonstrating the system at the Nevada National Security Site near Las Vegas. Testing is due to start in September and end in January 2018.”

Grossman offers one snafu that Scientific American narrated, but a number of far more FUBAR results of NASA’s SNAP nuclear devices.  He offers solar alternatives, if populating and mining on other celestial bodies has much merit whatsover, save for resource mining, Tesla, Brannon, Musk profiteering: as ‘elite getaways from a dying planet’?.  But he goes on:

““The weapons industry views space as a market as well,” says (Bruce Gagnon, coordinator of Space4Peace Network.  He speaks of the proposal that’s been before Congress to create a “U.S. Space Force” as a separate military branch and described it as “driven by the aerospace industry’s huge appetite for endless war—and space offers bountiful opportunities.”

“Over the years we’ve heard the aerospace industry saying that ‘Star Wars’ would be ‘the largest industrial project in the history of our planet.’ And how would they pay for such an expensive endeavor?” he asks. He speaks of reports about aerosopace lobbyists in Washington seeking “the defunding of Social Security, Medicare, Medicaid and what is left of the welfare program in order to transfer those funds into creating pyramids to the heavens. The weapons industry are the new pharaohs and we, the taxpayers, are to be their slaves.”

And other victims of the capitalist weapons industry may be… the planets, asteroids, and other heavenly bodies.  Rape and assassinate the planet, then ‘Aim for the stars!’