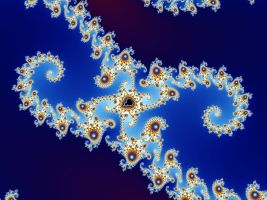 my contributions:   ‘Venezuela on the Eve of Presidential Elections: The US Empire Isn’t Sitting by Idly’, Roger Harris, counterpunch May 18

OTOH and OMG:   ‘US Interference in Venezuela Could Reelect President Maduro, TRNN   May 17, 2018; Venezuelans will go to the polls on Sunday under dire economic distress with inflation expected to reach over 10,000%. Professor Steve Ellner says, US has interfered in Venezuelan elections by urging the opposition to boycott and by imposing economic sanctions. The result might be another term for President Maduro

The Guardian says Maduro looks set to win, but even their hit piece lacked verve.

#VenezuelaDecides | Thousands of Venezuelans continue to go to the election centers to vote for the #Venezuelaelections today as the high turnout continues. #VenezuelaVota

plus a ‘this does not bode well’ creepy exposé:

The Philip Cross Affair – 133,612 edits to Wikpedia have been made in the name of "Philip Cross" over 14 years. That's over 30 edits per day, seven days a week. And I do not use that figuratively: Wikipedia edits are timed, and if you plot them, the https://t.co/z5NRExlLon

morning edit:  maduro won with 67% o the vote, but of course the vote was fraudulent as all-giddy-up!  the guardian:

“The United States’ mission to the United Nations indicated it would reject the result. “Today’s so-called election in Venezuela is an insult to democracy … It’s time for Maduro to go,” it tweeted.

The president of Chile, Sebastián Piñera, said that his country, “like the majority of democratic countries”, would not recognise the vote. “Venezuela’s elections do not meet the minimum standards for a true democracy. They are not clean or legitimate elections and they do not represent the free and sovereign will of the Venezuelan people,” Piñera wrote.”

“I do not have any doubt about the voting process. It is an advanced automatic voting system. I come here to keep the peace, coordinate and promote dialogue to improve the democratic mechanism here. What I need to do here is to see whether people can cast their ballots at their own discretion. Now we all see how people vote, don’t we?” he said.”