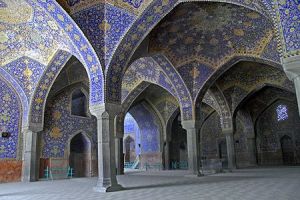 Part I is here, ‘As the drumbeats for war on Iran grow more thunderous, ‘education is key’, some history of Iran by way of a Twitter storify by Nyusha (an orphan of the revolution).  It’s longish, and as I’d resized Tweets for the Café; for c99ers, I’d reckoned you could simply click in to read at your leisure without reading the much larger Tweets there, and having to go scrollingsrollingscrolling down.  She’s dug up fantastic archival photos, artwork, and a lot of history that was quite new to me.

The most recent drumming comes from Secretary of Bombast Mike Pompeo: ‘US vows ‘strongest sanctions in history’ on Iran, will ‘crush’ terror proxies; ‘This is just the beginning’: Laying out strategy after exiting nuke deal, Pompeo says Iran must come clean about nuclear program, stop threatening Israel, leave Syria, halt terror’, timesofisrael.com, May 21

“Sanctions are going back in full effect, and new ones are coming,” he warned further. “The Iranian regime should know this is just the beginning.”

While certain restrictions on Iran’s nuclear program expire under the deal, including its ability to enrich uranium, the prohibition on Iran’s building a nuclear weapon is permanent. Former Obama officials who negotiated the pact object to the assertion that the JCPOA enables Tehran to go fully nuclear once those portions of the agreement sunset.

Trump’s newly installed top diplomat also hinted at the possibility of military action should Iranian leaders reconstitute their nuclear program. [the Times’ perception, fwiw, and likely, given the level of the Head Diplomat’s uber-bellicosity…a lot]

“If they restart their nuclear program, they will have big problems, bigger problems than they’ve ever had before,” he said. Pompeo also threatened to “crush” Iran’s terrorist proxies around the world.”

Pompeo declared these to be the conditions under which his boss’s administration would make a firm deal with Iran too be ratified by Congress, instead of rewriting a new JCPOA:

‘We will ensure freedom of navigation on the waters in the region, we will work to prevent and counteract any Iranian malign cyber activity, track down Iranian operatives and their Hezbollah proxies operating around the world and crush them, never allowing Iran cart blanche to dominate the Middle East.

Iran will come clean about all of its past nuclear work, completely stop its uranium enrichment, provide the International Atomic Energy Agency unqualified access to all sites throughout the country, halt its ballistic missile development and testing, close its heavy water reactor (already completed in 2016), end its support for Middle East terrorist groups and respect the sovereignty of the Iraqi government; remove all its troops from Syria, and end its threatening behavior against its neighbors including [pot, kettle leaps to mind]…Israel, as “Our steadfast ally Israel has asserted its sovereign right of self-defense in the Golan Heights, a stance the US will continue to unequivocally support.”

Now the regime-change/putsch drumming is this: if Iran agrees to ‘the let’s-make-a-deal’, all sanctions will be lifted, we’d help modernize their economic system into the international system, (petro-dollars only?  Let us ‘invest’ in  your oil below market value?), which would produce better outcomes for the Iranian people, who have suffered under the oppression of Iran’s tyrannical, theocratic leaders.

“Pompeo also spoke directly to the citizens of Iran, distinguishing them from the regime: “Today, we ask the Iranian people: Is this what you want your country to be known for? For being a co-conspirator with Hezbollah, Hamas, the Taliban, and Al Qaeda?” he asked. “The United States believes you deserve better.”

Subtext: USAID and the NED CIA front-groups will be even busier fomenting protests for the government to be brought down.  Oh, yeah, and the treasury department will kick the asses of any European companies who do bidness with the evil theocracy.

According to RT, some reactions to Pompeo the Pugilist’s rant:

“Crucially, there’s little doubt that the Trump administration understands Iran would outright reject most, if not all, of the listed demands, which brings the purpose of the entire list into question.

“Secretary Pompeo’s speech has not demonstrated how walking away from the JCPOA has made or will make the region safer from the threat of nuclear proliferation, or how it puts us in a better position to influence Iran’s conduct in areas outside the scope of JCPOA. There is no alternative to the JCPOA,” EU foreign policy chief, Federica Mogherini, said Monday commenting on Pompeo’s list. Others said the US list was outright destined to fail – on purpose.”

“I think ultimatum is the right word… When you deliver an ultimatum, its purpose is to have it rejected,” former US diplomat Jim Jatras told RT. “There are people in the Trump administration, who want the regime change in Iran – it’s that simple, and they [want] Iran to reject their terms.”

Jatras believes it’s too early to tell at this stage if US threats against Iran are merely “noise” and pressure tactics like the one used against North Korea, but he says even that pressure could backfire and serve as a positive effect for Tehran by “forcing the Europeans to pull even farther away from the US than they have.” The worst case scenario, he says, is Washington proceeding with a unilateral military action aimed at regime change.

“As you can imagine, Iran will not agree to any of Washington’s demands,” Hamed Mousavi, professor of political science at the University of Tehran, told RT. “It is Iran that should be asking the US why it has not fulfilled its side of the agreement when Iran has fully complied with its obligations under the nuclear deal. Why should Iran negotiate with an administration that is not abiding by an international agreement that is the result of years of intense diplomacy?”

Not to mention the fact that Syria had invited Iran to help Syria fight IS, and not even Putin can demand that Iran vacate Syria, as according to the Kremlin’s read-out he’d announced, as per the Times of Israel coverage.  Also worth noting is that the IAEA has repeatedly stated that Iran is in full compliance with the JCPOA, begging the question: who else would be in charge of deciding if Iran were complying with US demands?  Do you detect the scent of possible Iranian dissident cousins of Curveball testilying?

Now Gareth Porter is still asking ‘Was There Ever an Iranian Nuclear Weapons Program? A review of the evidence points to Israeli and MEK disinformation, not an open-and-shut case, informationclearinghouse, May 15, 2018

“As I detail in my investigative history of the Iran nuclear issue the Obama administration itself fell for a false narrative about a secret Iranian nuclear weapons program allegedly in operation from 2001 to 2003. After Netanyahu’s April 30 show, former secretary of state John Kerry tweeted: “Every detail PM Netanyahu presented yesterday was every reason the world came together to apply years of sanctions and negotiate the Iran nuclear agreement—because the threat was real and had to be stopped.”

”In mid-2004, the CIA acquired a massive set of documents that were said to have come from a secret Iranian nuclear weapons research program. Bush administration officials leaked a sensational story to selected news outlets about the intelligence find, describing to the New York Times what that newspaper described as Iranian drawings “trying to develop a compact warhead to fit atop its Shahab missile.” The same story of Iran mating a nuclear weapon to its longer-range ballistic missile was given to the Washington Post and the Wall Street Journal.

But both the real provenance of the apparently incriminating documents and specific details about the documents themselves indicate that they are fraudulent. A major clue about the papers’ true origins was made public in November 2004, when Karsten Voigt, the coordinator for German-North American cooperation in the German Foreign Office, was quoted by the Wall Street Journal warning that the documents had been provided by “an Iranian dissident group,” and that the United States and Europe “shouldn’t let their Iran policy be influenced by single-source headlines.”

Yeah, that sounds only too familiar, doesn’t it?

Porter was finally able to interview Karsten Voight in 2013, three years after he’d retired from the foreign office.  What Voight said is a lollapalooza of the epic perfidy, disinformation, neglected warnings of such to Colin Powell, George Tenet and others, including this:

“But it wasn’t just the provenance of the MEK documents that was suspect. Their authenticity was never clearly established by the CIA, which could not rule out the possibility of falsification, according to the Washington Post. Mohamed ElBaradei, then director-general of the IAEA, was put under heavy political pressure by a U.S.-led coalition to publish a report endorsing those documents as evidence against Iran. But Elbaradei responded to the pressure by declaring in an October 2009 interview, “The IAEA is not making any judgment at all whether Iran even had weaponization studies before because there is a major question of authenticity of the documents.”

It’s seriously worth bookmarking, then reading as one can find the time.  Post-Albaradei, the choice of the more…pliable, shall we say…(Gareth Porter 2012 at the link) Yukia Amano to head the IAEA was brilliant.

There are more Parts to come as there’s a lot more to learn and assess, but I’m trying to keep it simple.

Morning update: ‘Rouhani on Pompeo: We do not accept that a spy chief decides for others’, alarabiya.net, May 22

““Who are you to decide for Iran and the world?” Rouhani said in a statement carried by multiple Iranian news agencies.  “The world today does not accept that the United States decides for the world. Countries have their independence,” he added.”

Like Loading...
This entry was posted in empire and war crimes, geopolitical matters, realpolitik,. Bookmark the permalink.