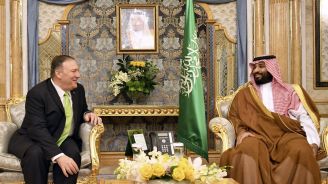 “Saudi Arabia has won membership on the governing body of the United Nations’ nuclear watchdog, according to a report by the Saudi state media.

The Kingdom was voted onto the International Atomic Energy Agency’s (IAEA) board of governors on Thursday, the Saudi Press Agency reported.

Riyadh currently lacks a functioning nuclear energy program, but IAEA officials said in April that the Kingdom is expected to complete its first reactor by the end of the year.

The board of governors crafts much of the IAEA’s policies and reports, and makes budget and membership recommendations, generally meeting five times per year. The watchdog has largely entered media headlines in connection to the Iran nuclear deal, as it is tasked to oversee Tehran’s nuclear program.’

“It also appoints the Director General of the IAEA, with the approval of the General Conference.”