Updated: the Judge’s Verdict at the caucus99percent version 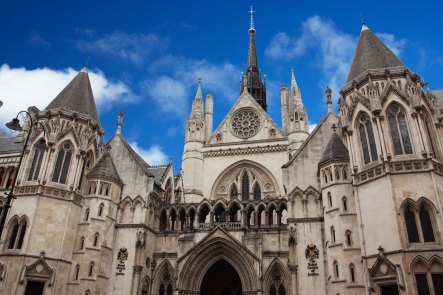 “The United States government has been given limited permission to appeal the District Court’s decision to block the extradition of Julian Assange from the UK to the U.S. Britain’s High Court ruled that the U.S. government could appeal on some but not all of their requested points. Now a preliminary hearing has been scheduled for August 11th, at the Royal Courts of Justice in London (photo above), to argue the scope of that appeal, and whether the U.S. government will be allowed to appeal on its other two proposed lines of argument. Assange is expected to attend in person.

Following that hearing, the High Court will schedule a date to hear full appeal arguments.

The U.S. government set forth five lines of argument for its appeal of the extradition ruling, and two of them were denied. It will be allowed to argue that the judge misapplied section 91 of the 2003 Extradition Act, which says someone can’t be extradited if the “physical or mental condition of the person is such that it would be unjust or oppressive to extradite him,” and that the judge should have notified the prosecution that she found extradition would be unjust or oppressive so that it could have provided “assurances to the Court” ahead of time. Finally, the High Court will allow the U.S. to put forth said assurances in the appeal hearing.

On August 11th, the High Court will hold a preliminary hearing for the parties to argue these last two grounds.

Assange’s fiancé Stella Moris explained what the U.S. government is attempting to do with this move:

‘Any losing party, the US in this case, is allowed to attempt to have different judges review the grounds that they have lost on. But the US government’s attack on Dr. Kopelman is particularly vexatious. The US government will try to re-run arguments that have already been settled by two different judges. It is the latest move by the US government to try to game the British legal system. The US government’s handling of the case exposes the underlying nature of the prosecution against Julian: subverting the rules so that Julian’s ability to defend himself is obstructed and undermined while he remains in prison for years and years, unconvicted, and held on spurious charges. The “process” is the punishment.

However much the prosecution plays to the gallery on August 11th in its efforts to attack the reputation of one of the most well-respected neuropsychiatrists in Britain, the real substance of the appeal will take place when the main appeal hearing will be heard in full later this year. But the scope of that hearing, three or five grounds, will be determined on the 11th of August.’

The U.S. government purports to give “assurances” that if Assange is extradited to the United States, he won’t be placed in the highest-security prison, Supermax ADX Florence, and he won’t be subjected to Special Administrative Measures (SAMs). But these assurances include caveats that render them meaningless: according to its own filing, the United States can still use these measures if it decides that Assange “do[es] something subsequent to the offering of these assurances that meets the tests for the imposition of SAMs or designation to ADX.”

Amnesty International says, “Such latitude to alter the terms of the core assurances after Assange’s transfer to the US renders them irrelevant from the start since he would remain at risk of ill-treatment in US detention at the point of transfer and afterward.”

Julia Hall, Amnesty International’s Expert on Counter-Terrorism, Criminal Justice, and Human Rights, says, “Those are not assurances at all. It is not that difficult to look at those assurances and say: these are inherently unreliable, it promises to do something and then reserves the right to break the promise.”

Responding to the news of so-called “assurances,” Moris said, “What the US is proposing is a formula to keep Julian in prison effectively for the rest of his life.”

These events in Assange’s case are taking place at the same time as Official Secrets law in Britain is taking a dark turn:  ‘The Obsessive Pursuit Of Assange As UK Prepares Its Own Espionage Act’, August 5, Alexander Mercouris, Consortium News; The single-minded U.S. pursuit of Julian Assange as Britain proposes changes to its official secrets law shows the fierce determination of both governments to conceal their secrets, writes Alexander Mercouris.

(It’s lengthy and contains further explanation of the Aug. 11 Preliminary hearing above, but a few headings and outtakes:

Responding to concerns about the proposals, Prime Minister Boris Johnson, a former journalist, has said that he does not “think” the proposals would “interrupt the normal process” of the media…

The Suppression of Secrets

A journalist like Assange, and an organisation like WikiLeaks, whose work is based on leaks of information provided by whistleblowers from within governments, would run enormous risks if they were to continue to work in Britain. (One wonders whether the government had Assange in mind when these proposals were drawn up. If he beats extradition, remaining in Britain could be precarious.) Were journalists to publish information the British government had classified as secret they would face prosecution and imprisonment for a term of up to 14 years. Moreover they would not have the limited protection which in the United States the First Amendment still provides.

In an earlier Letter from London I discussed the case against Julian Assange, and argued that his prosecution is ultimately driven by the alarm the U.S. and British governments feel over the way he and WikiLeaks have exposed their most terrible secrets, including their involvement in human rights violations and war crimes.  […]

(I may not be able to be online until tomorrow, and not solely because these outrages cause me to Commit Thought Crimes.)