‘Explosive evidence from Trump insider, Assange dragged from embassy “on the orders of the president”, Laura Tiernan and Thomas Scripps, 22 September 2020, wsws.org (with permission & my bolds) 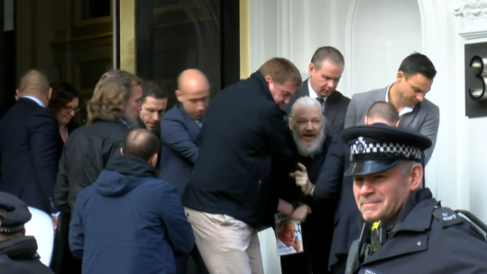 Assange arrested by the British police on April 11, 2019

Fairbanks testified that Arthur Schwartz, a wealthy Republican Party donor and key Trump ally, had told her that Assange was taken from the Ecuadorian Embassy “on orders from the president.” The conversation between Schwartz and Fairbanks occurred in September 2019 and was recorded by Fairbanks.