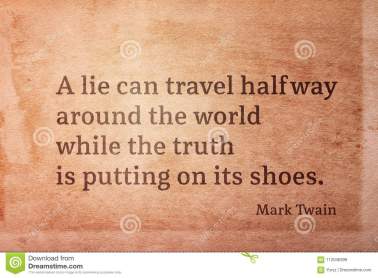 Never mind that post-Euromaidan, in March of 2014, 97% of Crimean citizens voted to join the Russian Federation, turnout 83 and 89% turnout in the Autonomous Republic of Crimea and the local government of Sevastapol respectively.

“Speaking to a group of young people involved with an art collective based on the disputed peninsula on Thursday, Foreign Minister Sergey Lavrov said that the West’s support was pushing Zelensky to be more and more extreme in pursuit of his policy goals. The ‘Crimean Platform’ forum, he said, “will continue to nurture the neo-Nazi and racist mentality of the current Ukrainian government.” […]

“In April, Lavrov’s official spokeswoman, Maria Zakharova, argued that Ukraine was recklessly indulging far-right sentiments to prop up its government and strengthen anti-Russian feeling. Speaking after demonstrators at a march in Kiev raised banners and carried flowers to commemorate the SS Galicia division, raised from Ukrainian levies to fight alongside Nazi Germany, Zakharova said government policy was an “insult” to those who had died in World War II.”

“Speaking on Monday at the opening of the ‘Crimean Platform’ conference, designed to bring dignitaries together to discuss the future of the region, Zelensky announced that “the countdown to the liberation of the peninsula” has already begun. According to him, “August 23, 2021 will likely go down in history as the start of the de-occupation of the Autonomous Republic of Crimea and the city of Sevastopol.”

The president acknowledged that “our independent country, Ukraine, will never be able to return Crimea alone,” adding that pressure from abroad was required to “force Russia to sit down at the negotiating table.”  […]

“However, at the same time, Zelensky has expressed frustration at the decision of some of the most significant Western leaders not to attend the ‘Crimean Platform.’ While the Baltic nations, Poland, Slovakia, Hungary and Moldova, announced they would be represented at presidential level, most other European states elected to send a foreign minister instead.

In the case of both Germany and the US, delegates were taken from even lower down the diplomatic pecking order. Berlin and Washington will both be represented by their energy ministers.

Russian Foreign Minister Sergey Lavrov has previously criticized the conference, saying that by supporting Kiev’s focus on regaining Crimea, the West “will continue to nurture the neo-Nazi and racist mentality of the current Ukrainian government.”

Grateful to @CharlesMichel for participation in #CrimeaPlatform & support of the #EU & its members for the declaration. Agreed on further coordination within the initiative on deoccupation of Crimea. Discussed preparations for the 23rd 🇺🇦🇪🇺 Summit to be held on October 12. pic.twitter.com/dUn4AGM9UN

“Thus, Zelensky said, Russia has to comply with international law — immediately allow in Crimea the watchdogs of human rights protection, the representatives of the United Nations and Organization for Security and Co-operation in Europe.” […]

Zelensky called on Russia to join the platform to find ways to end its occupation of Crimea and “fix the mistake that Russia made.”

“We begin the countdown to freeing Crimea,” he added.”