Bernie Hearts Drone Assassinations, but with One Proviso 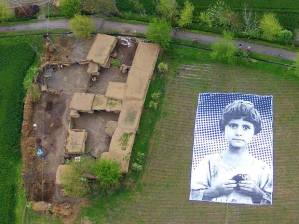 “You can argue that there are times and places where drone attacks have been effective, there are times and places where they have been absolutely counter-effective and have caused more problems than they have solved. When you kill innocent people, what the end result is that people in the region become anti-American who otherwise would not have been. So, I think we have to use drones very, very selectively and effectively.”

Please, Bernie, may I ask: whose assassinations were ‘effective’?  Those myriad ‘Al Qaeda #2s’?  Or those who were deemed worthy of death-dealing ‘signature strike’ metrics?  Are you blithely unaware that the shadow military comprised of CIA/JSOC/and mercenary armies conduct their own drone murders?  But somehow the two ‘beliefs’ here clang together like crashing two  trash can lids together  in their incongruity, much like your ‘how to fight ISIL’ does below.

Since President Barack Obama took office on Jan. 20, 2009, at least 2,464 people and 314 innocent civilians have been killed in drone strikes in Pakistan, Yemen, Afghanistan and Somalia, according to the Bureau of Investigative Journalism. At least seven US citizens have been extra-judicially killed by drones, including one 16-year-old, meaning they were never given a trial as required by the Constitution. Obama himself directly ordered many of the strikes on ‘Terror Tuesdays’.

Another study by the human rights group Reprieve found that as of Nov. 24, 2014, attempts to kill 41 alleged terrorists with drones resulted in the death of as many as 1,147 civilians, including more than 200 children, with thousands more injured.

The rest of the ABC interview with war hawk Raddatz is here.

Yes, Bernie; America ‘should have the strongest military on earth’ if one believes that the Empire needs to grow and thrive, and that the Global War on Terror is an admirable venture.  How hideous it is to hear you to trumpet an alliance with the tyrannical Saudi state, though, and pretend that it’s all down to dollars and cents.  And oof, how easily you accepted the agitprop framing of formerly embedded with the troops Martha’s questions, my stars!  Watching your eyes dart back and forth like a pinball machine showed that you were on the defensive for being called some idiotic peace dove.  Unbelievable.

“Why should a U.S. progressive be calling for more intervention by the Saudi monarchy? Really, we want Saudi troops in Syria and Iraq and Libya and who knows where else? You’d think that perhaps someone like Sanders would say that we have to break our decades-long backing of the corrupt Saudi regime — but no, he wants to dramatically accelerate it.

Even worse, after the Saudis started bombing Yemen with U.S. government backing earlier this year, killing thousands and leading to what the UN is now calling a “humanitarian catastrophe,” and suffering that is “almost incomprehensible,” Sanders continued. In another interview again with Wolf Blitzer in May, Sanders did correctly note that as a result of the Iraq invasion, “we’ve destabilized the region, we’ve given rise to Al-Qaeda, ISIS.” But then he actually called for more intervention:

“What we need now, and this is not easy stuff, I think the President is trying, you need to bring together an international coalition, Wolf, led by the Muslim countries themselves! Saudi Arabia is the third largest military budget in the world they’re going to have to get their hands dirty in this fight. We should be supporting, but at the end of the day this is fight over what Islam is about, the soul of Islam, we should support those countries taking on ISIS.”

Progressives in the U.S. are supposed to look toward the Saudi monarchy to save the soul of Islam? The Saudis have pushed the teachings of the Wahabism sect and have been deforming Islam for decades. This actually helped give rise to ISIS and Al Qaeda. It’s a little like Bernie Sanders saying that the Koch Brothers need to get more involved in U.S. politics, they need to “get their hands dirty.”

Who were the Terrorists who gave rise to the GWOT, Bernie?  Whose ‘chickens came home to roost’?   Regarding your statements that wars drain the domestic investment, an that that’s what really matters, Husseini notes that MLK would not agree:

“Martin Luther King in his “Beyond Vietnam” speech referred to the wars taking funds from the war on poverty as a “demonic destructive suction tube.” But he also referred to just looking at the funding as a “facile” connection, listing several other, deeper, reasons based on other moral grounds for opposing war. But Sanders rarely touches on those other reasons. It’s as though we’ve learned nothing about blowback since 9/11.”

I won’t even go into his implied or stated positions on Russia, Ukraine, I/P, NATO expansion, R2P Libya, and more, but Margaret Kimberly doesn’t mince her words one bit.

We will of course see many essays like this before it’s all over but the shoutin’.  ‘Sniping at the Sandernistas: Left Perfectionism in the Belly of the Beast’, Jim Conolly channels Rebecca Solnit of “Oh dismal Left!” fame.  Now he declaims in a very reasonable fashion, first noting his (and his forebears’) long history in the peace movement, then pointing out a few of Bernie’s FP flaws, but assures us that some of his statements must be uttered because: electability.  Then he spends a long time on why domestic issues are so much more important, while engaging in self-congratulatory rhetoric.  He offers the parable of Jonah and the Whale, then calls people like myself ‘Left Perfectionist(s) lost in the Belly of the Beast.  (I don’t exhibit any of the ‘Bernie rage’ he assumes, however.

As a side note, on a few comment threads under Bernie’s FP essays, not a few USians have asked, “Is Jill Stein running this time?”  Ouch.

Updated for posterity: stir in paul street’s ‘Sanders’ 1990 Deal with the Dems’, and close enough for who it’s for.

21 responses to “Bernie Hearts Drone Assassinations, but with One Proviso”