Yves Smith at Naked Capitalism had asked that this documentary be broadcast widely.

“The ACLU of Michigan just released a must-see short documentary on the Flint water crisis. It’s important that this not be forgotten even as the scandal has died down and eyes are moving off Michigan now that the Democratic debate and state primary have passed.

This piece is powerful because it’s told by the local citizens who were abused (and this is not an overstatement) by emergency managers who were instructed to prioritize making bond payments. Even though readers may know many of the elements of this story from the extensive media coverage, it has a completely different impact not simply seeing it put together in one place, chronologically as it unfolded, but witnessing the appalling record of official efforts to deny that there was a problem (including deliberately constructing completely unrepresentative tests) and repeatedly telling flat out lies. It’s also not hard to discern that the emergency managers, their allies, and the state government held the Flint citizens in utter contempt. The class/race bias and condescension are palpable.

The documentary is also a testament to the persistence of the efforts of Flint citizens in mustering allies (such as the ACLU as well as the environmental engineers at Virginia Tech) to develop rock-solid evidence of the contamination of the water and publicize the developing public health crisis. The fact that the city’s overlords and state officials thought they could get away with what amounts to poisoning of a population this large is another symptom of elite insularity.

Again, this is a relatively short video given the ground that it covers. I hope you’ll view it and circulate widely.”

Forty-five minutes may be relatively short to some, but not to me.  Democracy Now! has the transcript, although it’s a bit choppy to read.

From the Guardian: US authorities distorting tests to downplay lead content of water’; Exclusive: Documents seen by the Guardian reveal questionable practices that mean people’s drinking water is at risk in ‘every major city east of the Mississippi’ (not hard-hitting journalism, imo.)

Also from the Guardian: ‘Alarm over lead found in drinking water at US schools’; In the wake of the Flint water crisis several schools have shut off their drinking water due to high levels of lead, raising the question: ‘How big is this issue?’

(O/T) ‘Can you solve it? The Pi Day puzzle that will spin you in circles’

Sputniknews.com: ‘Many US communities have toxic drinking water, much like in Flint, Michigan, and Navajo water supplies are more poisoned even than Flint, and have been for decades, according to Brenda Norrell, a reporter in Indian country’.

“Across vast swaths of American Southwest, residents of the Navajo Nation have been plagued by water contamination for years; most recently from an accidental Environmental Protection Agency spill at the Gold King mine in Colorado last year, but before that the community suffered from the toxic aftermath of uranium mining that fueled the nuclear arms race in the 1950s.”, via attn.com 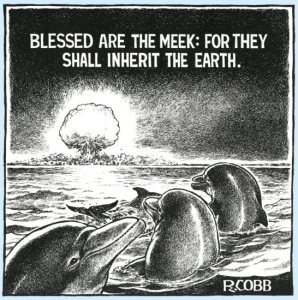 Like Loading...
This entry was posted in justice and justice denied, resistance under oppression. Bookmark the permalink.