because democracy dies in darkness…and drowns in #Fake News…

…Trump’s poodle Emmanuel Macron is promising bans on Fake News during French elections, and is about to introduce legislation allowing emergency blocks and legal actions against Fake News websites.  The legislation would include increased transparency about sponsored content, including the financing; the amount of funding would be capped.

““If we want to protect liberal democracies, we must be strong and have clear rules,” he added.  He said France’s media watchdog, the CSA, would be empowered to fight against “any attempt at destabilisation” by TV stations controlled or influenced by foreign states.

Macron said he wanted to act against what he called “propaganda articulated by thousands of social media accounts”.

Meanwhile, the EU security commissioner says new regulations may have to be brought in if tech firms fail to tackle issues voluntarily, and that Brussels may threaten social media companies unless they urgently tackle Fake News (and mumble, mumble, Cambridge Analytical style, hooom-hooms) which EU SC Julian King said “opened their eyes”.

See, CA is simply a McGuffin; Facebook shares have increased since the Great Scandal and Zuck-the-fuck’s ‘grilling’ before a Senate subcommittee.. ‘soooo eye-opening’, though.

“Under King’s ideas, social media companies would sign a voluntary code of conduct to prevent the “misuse of platforms to pump out misleading information”.

The code would include a pledge for greater transparency, so users would be made aware why their Facebook or Twitter feed was presenting them with certain adverts or stories. Another proposal is for political adverts to be accompanied with information about who paid for them.

“We want to see whether we can rapidly reach agreement with key platforms and stakeholders on a policy level, with them being a bit more open about why you are seeing what you are seeing,” King said.”

Then: Regulate yourselves or…we will regulate you!  But without, yanno, falling into the trap of (gasp): Censorship!

The author does mention this (ahem) little oopsie:

“The EU has also run into criticism over the approach of its counter-propaganda unit, East Stratcom, which runs a website, Disinformation Review, intended to weed out false facts about the EU and tell positive, true stories.

Earlier this year, the taskforce made an embarrassing about-turn after naming three Dutch websites as purveyors of fake news, as a result of translation errors. Newspaper De Gelderlander, anti-EU weblog GeenStijl and the Post Online were removed from the EU v Disinfo site this year, after complaints and threats of legal action. The episode exposed the reliance of the taskforce on a network of NGOs and journalist fact-checkers, who may be using machine translators.”

But the author quotes King as saying that ‘East Stratcom’s doing an important job of uncovering systemic attempts to run fake stories’, and they welcome any challenges to their…decisions in error, let’s say.

But oh, dear me, as so many predicted, including wsws, Andre Damon at wsws reports:

“Facebook, the world’s largest social media company, spelled out for the first time the criteria it uses to censor speech on its platform, purely at its own discretion, and with no legal oversight or recourse.

Its “community guidelines” are so sweeping and broad that effectively any statement expressing any critical political view can be constrained as violent, defamatory, “extremist,” “bullying” or—in the most sweeping catchall—“fake news,” and flagged for removal or undetectable censorship.

These “community guidelines” are used by the 20,000 in Facebook’s “security” and “moderation” departments—constituting the absolute majority of the company’s employees—to shape political discourse and block content the massive and unaccountable technology monopoly deems objectionable.

The centerpiece of this censorship apparatus is Facebook’s policy regarding “fake news.” In its newly released community guidelines, the social media monopoly made clear that it would not let users know their content is being blocked from distribution as “fake news” because such censorship is a “sensitive issue”:

‘Reducing the spread of false news on Facebook is a responsibility that we take seriously. We also recognize that this is a challenging and sensitive issue. We want to help people stay informed without stifling productive public discourse. There is also a fine line between false news and satire or opinion. For these reasons, we don’t remove false news from Facebook but instead, significantly reduce its distribution by showing it lower in the News Feed.’

“La Rochefoucauld’s maxim that “hypocrisy is the compliment vice pays to virtue” applies here. Since journalists, publishers and users would raise a hue and cry over their content being censored, Facebook simply carries out its censorship in secret. By blocking distribution on the Facebook news feed, the company’s actions have the same effect as simply deleting content, but without any legal proof that the company violated its users’ First Amendment rights.”

Now he doesn’t say where he’d seen this report, nor link to it, but:

“In a quarterly report published Monday, Google bragged that it removed over 8 million videos from YouTube, of which the great majority—some 6.7 million—were “first flagged for review by machines rather than humans.” More than three quarters of the videos flagged by Google’s AI systems “were removed before they received a single view.”

The company declared, “Deploying machine learning actually means more people reviewing content, not fewer. Our systems rely on human review to assess whether content violates our policies.” Like Facebook, Google has hired an army of censors, aiming to employ 10,000 people in this department by the end of the year.”

Having seen evidence of claims that some Tankies on Twitter have been disappeared, when I clicked in this a.m. I found at the top of the screen: ‘Updates to our Terms of Service and Privacy Policy’ including these hints and clues:

“These updates will take effect on May 25, 2018. By using our services on or after that date, you’ll be agreeing to these revisions. You should read the documents in full, but the key updates in our Privacy Policy include:

Remember, you can use the controls we highlight in our updated policy to limit the information we collect about you or how we use it. You can also choose to deactivate your Twitter account. You have the final say about whether and how we process your personal data. If you have any questions, please feel free to contact us.

Yes, yes, the internet was supposed to be the ‘great leveler’ wasn’t it?  Citizen journalism, war-crimes and po-po-busting videos? The IDF blasting holes in citizens during the March of Return?  Fuck it, with net neutrality a thing of the past, and a corrupt ‘only legacy parties allowed’ US electoral system that share the same toxic bowels?  I’m just glad electro-shocks don’t come through my laptop mouse when I try to click into one of the Propaganda™ sites or Twitter accounts…so far.

Yanno, I’m glad the ruling class and social network multi-billionaires are working so hard to keep us safe from #Fake News from propagandists like these: 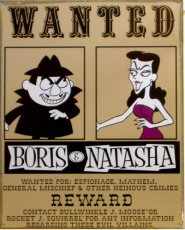 I give up; what did The Great Equalizer end up changing anyway?  This Empire’s gonna go down soon, maybe we’ll sort it out later. Who needs Craig Murray, anyway?  Who needs WikiLeaks with Julian Assange stuck in a virtual prison if he’s even still alive?   Who needs the Peace Corps?  Illegitimate and Evil USA and Western gummints: rot in hades.  Due Process and the Rule of Law?  Ha!Drafted by and for property and slave owners.

So me, I’m gonna go shopping with some Beyoncé bucks and lay around the shanty and put a good buzz on.  By the by: where is that free soma Aldous Huxley promised us, anyway? 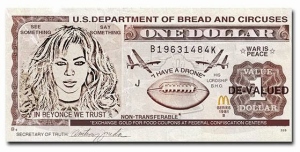 Like Loading...
This entry was posted in psyops and propaganda, Satire, humor and tagged voluntary crackdowns of social networks. Bookmark the permalink.