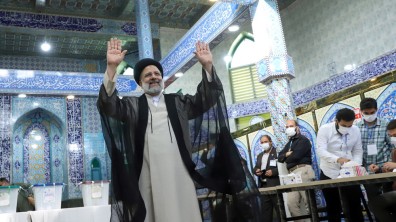 “Conservative judge Ebrahim Raisi has been declared the victor of Iran’s presidential election.  Iran’s Interior Ministry announced the final results on Saturday, showing that Raisi had won in a landslide victory.

In an address to the country, Supreme Leader Ayatollah Ali Khamenei said the winner of the election was the “Iranian nation” and that participation at the polls marked a victory against “propaganda of the enemy’s mercenary media,” Fars News reported.”

Outgoing president of #Iran Hassan Rouhani personally congratulates his successor Ebrahim Raeisi for his election as 8th president of Iran during a meeting on Saturday after he was garnered over 17.8 million votes by people out of more than 28.6 million ballots

In an op-ed by Tim Korsho at sputnik news, Korso writes:

“However, despite this, and despite Western accusations of human rights violations by Raisi, the West might still have a shot at reaching some agreements with Tehran, especially on the nuclear accord. […]

“Western countries will likely be those with the hardest time communicating with Raisi for several reasons. The chief justice is a hardline opponent of the West and Western policies.

Raisi is also subject to sanctions that were introduced by the US in 2019 over his support of Supreme Leader Ayatollah Khamenei – which may complicate the West’s attempts to negotiate with him. At the same time, the chief justice is facing accusations of being part of a four-man “death committee” that allegedly ordered the execution of thousands of prisoners in Iran in 1988, mostly members of the People’s Mujahedin of Iran.” […]

“One of the most acute questions about Iran’s future foreign policy relates to the ongoing negotiations on restoring the Iran nuclear deal. While Tehran reported that some progress had been achieved in recent talks in Geneva, the US and Iran are yet to agree on the terms of returning to the accord. Although the election of an anti-Western hardliner might have jeopardised these plans, Ebrahim Raisi may still agree to renew the deal.” […]

“A restored accord, however, will look different from the original 2015 document backed by the UN Security Council, Dr Alam Saleh stresses. He elaborates that Iran no longer trusts the West and thus will not agree to the previous terms while being governed by a hardliner.”

“The presidential elections will not affect the nuclear file, which, the more negotiations fail, the higher will be the progress in nuclear science & technology. Instead, it will affect the economy as a whole if US agrees to lift all sanctions, which is now unlikely & unexpected.”

“For forty years the west kept predicting that the “Islamic Republic of #Iran” was coming to its end, indicating the wishful thinking behind this narrative and the frustration with Iran’s policy to stay out of the US hegemony and its orbit of influence and control.”

Regardless of the new President’s name, Iran’s elections confirm the values of the Revolution https://t.co/ODWO7z90hM

(Some of it’s behind a paywall.)  One excerpt:

“However, there is little doubt the western world of experts on Iran has limited knowledge of what is going on behind the scenes in Iran since the revolution’s victory. The most straightforward issue is that the constitution always governs the strategic decision taken by the Iranian officials. The future President and his government have specific functions by law since the position of the prime minister was abolished during the era of Mir Hossein Mousavi and when the constitution was amended before the departure of Imam Khomeini. Consequently, the nuclear negotiation with the US has nothing to do with the Iranian election and the new president’s identity.”

Via New Eastern Outlook, ‘Iranian-American Talks in Vienna: What to Expect from Them?’, June 19, 2021

“In its Interim National Security Strategic Guidance, the Joe Biden Administration warned ambiguously that Iran “might get a technology that would be a potential game-changer.” As the negotiating parties work to resolve critical issues in the Vienna nuclear talks, the US is redoubling its efforts to prevent the Iranians from acquiring such technology or destroying the knowledge behind it, should Iran achieve it. This explains why talks in Vienna aimed at reviving the Joint Comprehensive Plan of Action (JCPOA) have so far failed to produce tangible results. However, many politicians had expected them to be completed in late May or early June.

US administration officials are now imposing a kind of “note of caution,” despite the optimistic expectations expressed by the negotiating parties during the last five rounds of nuclear talks, which began in early April. US Secretary of State Anthony Blinken said on this occasion that the US still does not know whether Iran is ready to resume compliance with the 2015 nuclear deal. “It remains unclear whether Iran is willing and prepared to do to come back into compliance. We don’t know if that’s actually going to happen,” he said, speaking to Congress.”

“These remarks prompted a sharp response from Iran’s Foreign Minister Mohammad Javad Zarif, who caustically remarked that his country was unsure whether the United States was ready to abandon the failed “maximum pressure” policy that the Trump Administration and his nation’s Secretary of State Mike Pompeo had once adopted against Iran. “It remains unclear whether @POTUS and @SecBlinken are ready to bury Trump and @mikepompeo’s failed “maximum pressure” policy and stop using economic terrorism as a negotiating “leverage.” Iran complies with the JCPOA. Just read paragraph 36. It’s time to change course,” Zarif wrote on his Twitter.”

Mikhin includes many opinions, suppositions, suggestions from Russia and China, and quotes, too many to bring, but includes:

“As always, Israel, which has arrogated to itself the right to dictate its will to other states, has poured oil on the Iranian-American fire of relations, or rather disagreements. The outgoing head of Israel’s Mossad intelligence service, Yossi Cohen, explicitly admitted that his country was behind the recent attacks on Iran’s nuclear program and the assassination of scientist Mohsen Fakhrizadeh.  He also threatened other scientists in Iran’s nuclear program that they too might become targets for assassination, even when diplomats in Vienna are trying to negotiate terms to salvage their nuclear agreement with world powers and improve the situation in this very troubled region of the world. It should be noted that the media in Israel operate under a strict policy that requires journalists to edit stories related to security issues through military censors. The fact that the censors edited Cohen’s words suggests that Israel wants to make another, new warning to Iran against the backdrop of the Vienna nuclear talks.  Iran has repeatedly complained about Israeli attacks. The Iranian Ambassador to the IAEA, Kazem Gharib Abadi, has warned that these incidents “will not only be met with strong responses but will certainly leave Iran no choice but to review its transparency measures and cooperation policies.”

You’ll likely remember that Iranian FM Javad Zarif has warned all concerned in resurrecting the deal as it was in its original form before an expected hard-line government took power.  As in: ‘End the sanctions first, as they are an act of war; the Iran will go back to compliance.’ 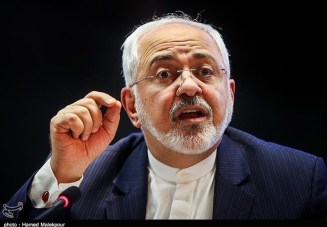 Like Loading...
This entry was posted in empire and war crimes and tagged #hands off iran. Bookmark the permalink.