Biden Adds Vampire Squid and Blackrock Creatures to his Cabinet 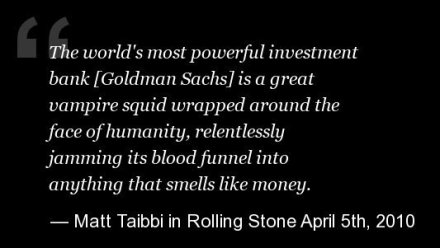 “Despite spending the campaign season painting himself as the anti-Trump, Democratic President-elect Joe Biden has further followed in his predecessor’s footsteps, appointing not one but two Goldman Sachs alums to his cabinet.

Failed presidential candidate Hillary Clinton, for example, was eviscerated on the campaign trail in 2016 over her apparent coziness with Wall Street and Goldman in particular, slammed by Democratic socialist rival Bernie Sanders over her refusal to release the transcripts of several highly-paid speeches she gave to the bank. Supposed transcripts of the speeches released by WikiLeaks ahead of the vote had Clinton gushing that only Wall Street insiders were qualified to regulate Wall Street, suggesting the candidate planned to hand regulatory power to the same people who’d broken the economy in 2008.” […]

“The Democrat’s cabinet is populated almost entirely with second-stringers from the Obama years, from the then-Federal Reserve chief Janet Yellen (now tapped for Treasury secretary) to virulent anti-Sanders harpy Neera Tanden (poised to become head of the Office of Management and Budget) – and Goldman Sachs and its fellow investment banks aren’t even the most rapacious financial firms on the scene anymore.

That honor goes to BlackRock and its fellow private equity vulture capitalists. As usual, Biden’s people have their finger squarely on the nation’s pulse as they prepare to rip the still-beating heart out of the US’ economic corpse: BlackRock exec Brian Deese has been tapped to lead the cabinet’s National Economic Council.”

It will be Deese’s job to shepherd the nation through the coming depression and Wall Street meltdown…  Save Wall Street & Sergeant Dow Jones, F Main Street!

“And even former President Barack Obama, under whom Biden served as vice president, was lambasted by progressive Democrats for essentially allowing investment bank Citigroup to appoint his cabinet in the wake of the almost half-a-trillion-dollar TARP bailout that put taxpayers on the hook for paying off Wall Street’s gambling debts. Citi exec Michael Froman, whom Obama appointed as US trade representative, sent out a list of nearly three dozen cabinet selections, most of which the incoming president filled as advised.

Buyinski then proceeds to narrate: 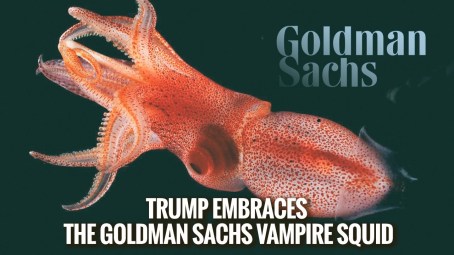 There’s been plenty of buzz afoot that Biden’ been ‘considering’ appointing Sam Power to head USAID, most mentions circling back to Axios, which coverage was a disgusting  homage to her and her qualifications for what Biden pretends  the job to be. 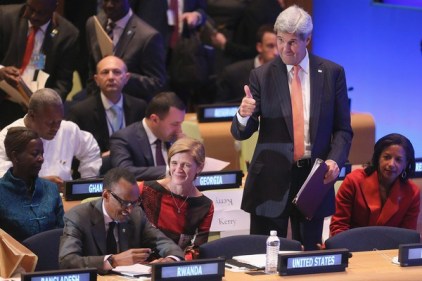 “Why it matters: Installing Power — a former U.S. ambassador to the United Nations and author of a Pulitzer Prize-winning book about genocide — would signal the Biden administration plans to revitalize foreign assistance and use it as an instrument of soft power and to achieve humanitarian goals.” […]

“The big picture: Power, currently a professor at Harvard’s Kennedy School, has been a leading advocate for using military force, when justified, to achieve humanitarian goals.

USAID is an independent government agency but works in tandem with the State Department. The administrator’s job requires Senate confirmation, but isn’t part of the Cabinet.” […]

“Between the lines: Power’s husband, Cass Sunstein, who ran the highly influential Office of Information and Regulatory Affairs in Obama’s first term, could return to government, as well.”

That she’s married to the O-so-nauseatingly brilliant Cass Sunstein is hilarious, but the couple would prove to be a Twofer, and dovetails so well with CIA whitleblower Philip Agee’s long credo that in the main, both the National Endowment for Democracy (NED) and USAID are both CIA cut-outs.  There are likely a host of similar examples, but you may remember what was in the USAID convoysVenezuela’s Nicolas Maduro had refused to allow in: guns, barbed wire, and Special Operations forces dressed as Aid workers on behalf of the opposition government (Juan Guaido and friends).

“Having successfully advocated for US-led NATO wars in Libya and Syria, Power set her sights set on the tiny, impoverished East African nation of Burundi.”

Just when it seemed that Joe Biden’s coming administration couldn’t be more of a horror show, Axios reported  that he’s likely to appoint another monster from the deep, violent know-it-all Samantha Power, to head the US Agency for International Development (USAID). I rescheduled my piece on contact tracing’s potential to further empower the surveillance state for next year’s first Black Agenda Report and instead updated my 2015 piece “Samantha Power: Africa’s Problem from Hell.”

As I said then, when Power was serving the second of her four years as President Obama’s US Ambassador to the UN, she was on a mission to save Africans from African savagery, but her largesse extends to all those who need American bombs to calm ethnic strife. She wants you to call 1-800-GENOCIDE , so she can alert the president to send in the Marines or other US Special Forces. As head of USAID, she’ll be in perfect position to wield foreign aid as a cudgel for beating foreign heads of state till they line up behind US empire, which she understands as a never-ending campaign to stop genocide and defend human rights.

Indeed, Power actually seems to believe this, unlike those who shamelessly invoke human rights but know full well that US foreign policy is about economic exploitation and/or domination of any non-NATO nation that dares to raise an independent head. In ‘The  Education of an Idealist: A Memoir’ published in 2019, she writes of how she all but immolated in her own burning self-righteousness while reporting from Bosnia in the 1990s:

“I had never been without opinions, but my certitude previously had to do with seemingly trivial issues like an umpire’s bad call in a baseball game. Now, as I researched and reflected on real‐world events, I seemed unable to contain my emotions or modulate my judgments. If the subject of Bosnia came up and someone innocently described the conflict as a civil war, I would erupt: It is genocide!”

Antiwar activist and writer David Swanson wrote one of my favorite headlines of 2017: Samantha Power Can See Russia from Her Padded Cell . In the Counterpunch piece, he shared highlights of Power’s overwrought performance  at the Atlantic Council where she railed at Russia for aggression threatening the US and the global rule of law, in Ukraine, Syria, France, Germany, Montenegro and beyond, and demanded that NATO be on hair-trigger alert.”
The rest is here.

Like Loading...
This entry was posted in democrats as stautus quo gatekeepers and tagged biden's cabinet additions. Bookmark the permalink.